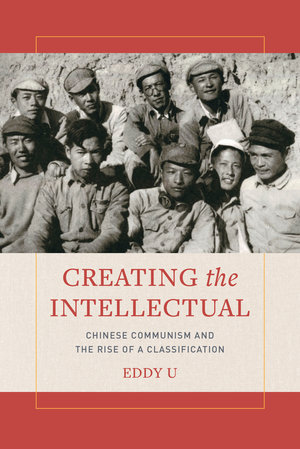 Creating the Intellectual Chinese Communism and the Rise of a Classification

Read now at luminosoa.org
About the Book From Our Blog About the Author Reviews Table of Contents Awards Related Books

Creating the Intellectual redefines how we understand relations between intellectuals and the Chinese socialist revolution of the last century. Under the Chinese Communist Party, "the intellectual" was first and foremost a widening classification of individuals based on Marxist thought. The party turned revolutionaries and otherwise ordinary people into subjects identified as usable but untrustworthy intellectuals, an identification that profoundly affected patterns of domination, interaction, and rupture within the revolutionary enterprise. Drawing on a wide range of data, Eddy U takes the reader on a journey that examines political discourses, revolutionary strategies, rural activities, urban registrations, workplace arrangements, organized protests, and theater productions. He lays out in colorful detail the formation of new identities, forms of organization, and associations in Chinese society. The outcome is a compelling picture of the mutual constitution of the intellectual and the Chinese socialist revolution, the legacy of which still affects ways of seeing, thinking, acting, and feeling in what is now a globalized China.

"[A]n illuminating approach, which shifts the study of intellectuals from the study of a social group to the construction of the concept itself . . ."—Modern Chinese Literature and Culture

"This well-researched and well-argued book makes a significant contribution to scholarship and will appeal to a wide audience in the China field, including graduate students of history, politics, sociology, and comparative communist studies."—China Quarterly

"An informative and incisive study with theoretical significance and current relevance."—American Journal of Sociology

“This is an illuminating study of how the introduction in early twentieth-century China of the new category of ‘intellectual’ not only altered the status of millions of educated Chinese but also transformed the trajectory of Chinese Communism itself.”—Elizabeth J. Perry, author of Anyuan: Mining China’s Revolutionary Tradition

“Innovatively framing the story as a decades-long process, Eddy U conclusively demonstrates the political construction of the ‘intellectual’ as a social category by the Chinese Communist Party. This book deepens our understanding of the tortured relationship between the Party and these individuals, one that would have catastrophic consequences during the Cultural Revolution.”—Andrew Walder, Professor of Sociology, Stanford University


“Using the theories and methods of the post-structuralist sociology of culture, supported by fascinating archival material from the 1950s and 1960s, this book reinterprets the role of ‘intellectuals’ within the Chinese Communist revolution. Creating the Intellectual gives historians a fresh way of looking at twentieth-century Chinese history and gives sociologists a new framework for the comparative study of culture.”—Richard Madsen, Distinguished Research Professor of Sociology, University of California, San Diego

“In Creating the Intellectual, Eddy U has crafted the definitive study of this critically important social category. Drawing on archival and literary accounts, U traces the contours of the ‘intellectual’ from May Fourth to the post-revolutionary era, highlighting how China’s educated elite pushed back against the categorizations of the party-state.”—Brian DeMare, Associate Professor of History, Tulane University
Read More >