Placing Empire
Travel and the Social Imagination in Imperial Japan

“Essential reading for anyone who seeks to understand the popular support underpinning Japan’s imperialist expansion in the early twentieth century . . . it will encourage all historians to think more carefully about the ways that their own narratives contribute to the spatial politics of the societies we study.”
—Journal of Japanese Studies

Creating the Intellectual
Chinese Communism and the Rise of a Classification

“Using the theories and methods of the post-structuralist sociology of culture, supported by fascinating archival material from the 1950s and 1960s, this book reinterprets the role of ‘intellectuals’ within the Chinese Communist revolution. Creating the Intellectual gives historians a fresh way of looking at twentieth-century Chinese history and gives sociologists a new framework for the comparative study of culture.”
—Richard Madsen, Distinguished Research Professor of Sociology, University of California, San Diego

“A timely and fascinating study, demonstrating the complex interplay between gender politics and empire building through the examination of the legal construction of the ideal modern family that was deeply implicated with the invention or appropriation of tradition. A major contribution to gender history, empire studies, and legal studies.”
—Hyaeweol Choi, author of Gender and Mission Encounters in Korea: New Women, Old Ways

“Shenila Khoja-Moolji offers a stunning genealogy of the Pakistani Muslim girl and her connections to educational, social, and national development from the colonial to the neoliberal state. She begins with Malala Yousafzai and the Western-focused storyline of the urgency and revolutionary effects of girls’ education in Muslim communities. This book examines arguments for women’s education in different historical eras, reviews the possibilities and limits of the educated Muslim girl, and illustrates how we might consider girls empowerment through education more critically.”
—Nancy Lesko, Maxine Greene Professor, Teachers College, Columbia University

“Atwill’s ground-breaking book traces a forgotten Muslim thread through the knot of identity, subjecthood, and citizenship in twentieth-century Tibet, offering a fresh perspective on the region’s tumultuous modern history. It is a highly readable narrative of a Muslim community that has often been rendered invisible, and an important statement on the transition from empires to nation-states at the Inner Asian nexus of Tibet, China, India, and the Islamic world.”
—Rian Thum, author of The Sacred Routes of Uyghur History 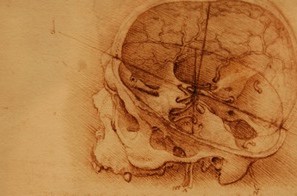