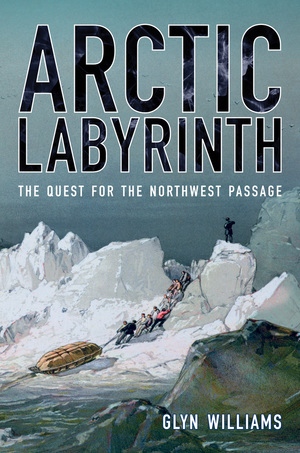 Arctic Labyrinth The Quest for the Northwest Passage

The elusive dream of locating the Northwest Passage—an ocean route over the top of North America that promised a shortcut to the fabulous wealth of Asia—obsessed explorers for centuries. While global warming has brought several such routes into existence, until recently these channels were hopelessly choked by impassible ice. Voyagers faced unimaginable horrors—entire ships crushed, mass starvation, disabling frostbite, even cannibalism—in pursuit of a futile goal. In Arctic Labyrinth, Glyn Williams charts the entire sweep of this extraordinary history, from the tiny, woefully equipped vessels of the first Tudor expeditions to the twentieth-century ventures that finally opened the Passage. Williams’s thrilling narrative delves into private letters and journals to expose the gritty reality behind the often self-serving accounts of those in charge. An important work of maritime history and exploration—and as exciting a tale of heroism and fortitude as readers will find—Arctic Labyrinth is also a remarkable study in human delusion.

University Press Books We Loved in 2016

Thanks to The Scholarly Kitchen for allowing us to re-blog the following post from UC Press Director Alison Mudditt. As a follow-up to the chefs’ best books read during 2016, I’m happy to …

Glyn Williams is Emeritus Professor of History at Queen Mary, University of London, and the author of many books including The Death of Captain Cook, Voyages of Delusion, and The Prize of all the Oceans.

“The first really comprehensive and analytical book written by an authority on that subject. . . a relevant contribution to the field of world history.”—Journal Of World History

“Anyone wanting an introductory overview of one of the Western world’s most enduring exploratory obsessions would previously have had to consult three or four books at a minimum. Now we can recommend an authoritative and engaging account of the whole sweep of the subject, from soup to nuts, in one volume. . . . As a masterly synthesis of so much of his previous work, Arctic Labyrinth is a fitting capstone to Williams’s authorial career.”—Jonathan Dore Arctic Bk Rev

“Whether one is new to the topic or has read widely on it, Williams’ elegant prose and probing critiques make this a vital contribution to Arctic history.”—David A. James Fairbanks Daily News-Miner

“Williams uses extensive research into the journals kept, the maps sketched, and newspaper headlines that mark their expeditions to create vivid pictures of these larger-than-life explorers.”—Michael Beeman Foreword

“This one is essential for all libraries . . . and all serious readers.”—Library Journal

“Williams charts the entire sweep of this extraordinary history, from the tiny, woefully equipped vessels of the first Tudor explorations to the twentieth-century ventures that finally opened the Passage.”—Living The Scientific Life (Scientist, Interrupted)

“Despite some 300 years of disappointment, death and cannibalism, explorers kept at it. Why? An acclaimed historian charts the shifting answers.”—Gene Santoro American History

“Rich detail adds to the well-worn story of futility and human failings that marked the mapping of the far North. . . . Highly recommended.”—R. M. Bryce Choice

“Arctic Labyrinth may well be the definitive work in the whole course of Arctic discovery and the particular chimera that killed so many men--the Northwest Passage.”—Robert C. Ritchie, author of Captain Kidd and the War Against the Pirates

Praise for Glyn Williams's The Prize of All the Oceans

“Remarkable … never was there a tale which joined such horror and pity, disaster and triumph, such fortitude in adversity. Glyn Williams's narrative brings out the drama of the story … an admirable retelling of a tragic and heroic tale.”—The Times Literary Supplement

“A quite remarkably erudite and deeply informed book.”—Daily Telegraph

“The fruits of Williams' research over the past four decades are seen in the new material he presents [and] in the richness of detail and nuances of character that be brings out.”—New York Times Book Review

“Readers, of course, can comfortably sail off into reverie without facing any of these perils.”—Booklist 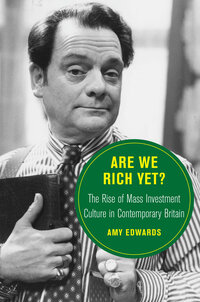 Are We Rich Yet?