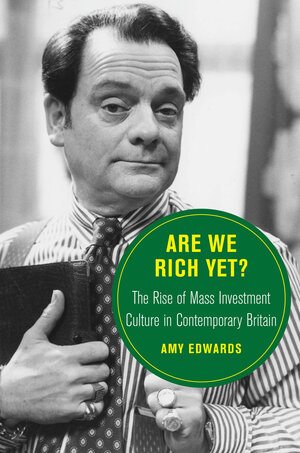 Are We Rich Yet? The Rise of Mass Investment Culture in Contemporary Britain

An in-depth history of how finance remade everyday life in Thatcher's Britain.

Are We Rich Yet? tells the story of the financialization of British society. During the 1980s and 1990s, financial markets became part of daily life for many Britons as the practice of investing moved away from the offices of the City of London, onto Britain’s high streets, and into people’s homes. The Conservative Party claimed this shift as evidence that capital ownership was in the process of being democratized. In practice, investing became more institutionalized than ever in late-twentieth-century Britain: inclusion frequently meant tying one’s fortunes to the credit, insurance, pension, and mortgage industries to maintain independence from state-run support systems.

In tracing the rise of a consumer-oriented mass investment culture, historian Amy Edwards explains how the "financial" became such a central part of British society, not only economically and politically, but socially and culturally, too. She shifts our focus away from the corridors of Whitehall and towards a cast of characters that included brokers, bankers and traders, newspaper editors, goods manufacturers, marketing departments, production companies, and hundreds of thousands of ordinary men and women. Between them, they shaped the terrain upon which political and economic reform occurred. Grappling with the interactions between structural transformation and the rhythms of everyday life, Are We Rich Yet? thus understands the rise of neoliberalism as something other than the inevitable outcome of a carefully orchestrated right-wing political revolution.

Getting the Shares ‘Bug’: What Financial History Teaches Us About British Society Today

By Amy Edwards, author of Are We Rich Yet? The Rise of Mass Investment Culture in Contemporary Britain My friends and family sometimes ask me why I have chosen to spend the …

Amy Edwards is a Lecturer in Modern British History at the University of Bristol. Her research focuses on cultures of capitalism, finance, and enterprise in twentieth- and twenty-first-century Britain.

"In this excellent book, Edwards reveals that there was no top-down project to financialize British society. Instead, there were people looking to sell financial products, drive up newspaper circulation, build new businesses or careers, experience the thrill of making a quick buck, or feel the satisfaction of taking control of one's finances. We see investment as fantasy, aspiration, lifestyle, and play, and as a component of new kinds of risk-taking masculinity and economically empowered womanhood. Are We Rich Yet? is the book that the field has been waiting for."—Helen McCarthy, Professor of Modern and Contemporary British History, University of Cambridge

"Focusing on the revolution in consumer financial services, the emergence of mass investment culture in British society, and the cultivation of financial institutions that became 'too big to fail,' Amy Edwards's fascinating study expertly guides readers through the history of how those changes were brought about--and with what effects--in a decade that was the fulcrum around which the country's post-1945 history moved."—Hugh Pemberton, Emeritus Professor of Contemporary British History, University of Bristol

"How did the personal become financial? Are We Rich Yet? asks how investment became everyone's business in the 1980s and 1990s. Not just a Thatcherite policy, financialization was premised on much larger shifts in mass culture and the global economy. It promised riches for all, but Edwards forensically reveals how inequalities of power and wealth were cemented by powerful investors and trading institutions. This brilliant history of the present is urgently needed to understand how inequality and precarity became locked into the contemporary UK economy."—Lucy Delap, Professor in Modern British and Gender History, Deputy Chair of History, University of Cambridge


"This is a fascinating account of how financial investment moved from the rarefied world of the boardroom and the stock exchange to something embedded in ordinary life in Britain. It is a major contribution to modern British history, showing how the emergence of popular investment in the late twentieth century was as much a social and cultural transformation as a political and economic one."—Stephen Brooke, York University, Toronto

"This book ingeniously joins modern British history with Economic Humanities. By applying the methods of cultural history to the subject of neoliberalism, it delivers a rich, bottom-up, and entirely fresh account of one of the twentieth century's most significant transformations."—Guy Ortolano, Professor of History, New York University

"Edwards brilliantly undercuts the myth of the sustained explosion of popular share ownership under Thatcher, demonstrating how large financial institutions tightened their hold over ordinary investors' access to markets, even as they constructed a narrative of the democratization of investing. As Edwards shows, the pivotal shift in the 1980s was, in fact, a reimagining of individual share ownership as not so much an investment, but a form of consumption and even a mode of entertainment."—Florence Sutcliffe-Braithwaite,  Associate Professor of Twentieth-Century British History, University College London
Read More >

2. Over the Counter: Speculation and the Small Investor

3. Shopping for Shares: The Rise of Financial Consumerism
4. “The Moneymen’s Sunday Sermon”: The Making of a Mass-Market Financial Advice Industry

6. Are We Rich Yet? Investment Clubs and Investor Activism 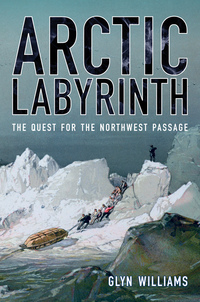