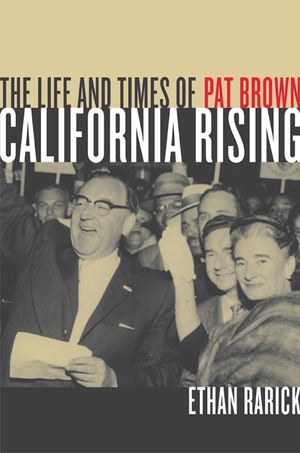 "Ethan Rarick's narrative of the life of Pat Brown is a fascinating look at the maturation of a political animal. We follow closely as Brown gladhands his way up California's political ladder and becomes his state's most progressive governor. In this meticulous study, Rarick fleshes out Brown's battles with Richard Nixon and Ronald Reagan throughout the 1960s. California Rising profits from Rarick's broad understanding of California and his constructive use of Brown's personal notes and correspondence."—Douglas Brinkley, author of Tour of Duty: John Kerry and the Vietnam War
Read More >