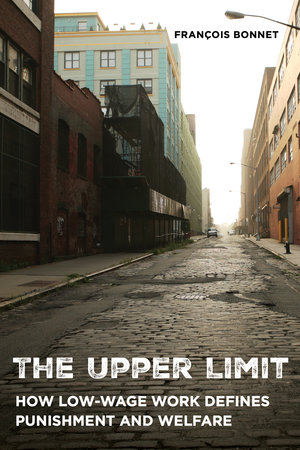 The Upper Limit How Low-Wage Work Defines Punishment and Welfare

"A book of incredible scope, complexity, and erudition, The Upper Limit shows how paying the lowest possible wages to workers at the bottom of the labor market makes us all less secure." —Mary Pattillo, author of Black on the Block

"An original and valuable addition to the field of contemporary punishment and society studies." —Alessandro De Giorgi, author of Re-thinking the Political Economy of Punishment

“The concept of less eligibility is essential for understanding social control policies in the modern world. This book offers readers an excellent account of how this concept explains the trajectories of punishment and welfare policy in America.  It should be read by everyone with an interest in these important subjects.” —Ahmed White, author of The Last Great Strike