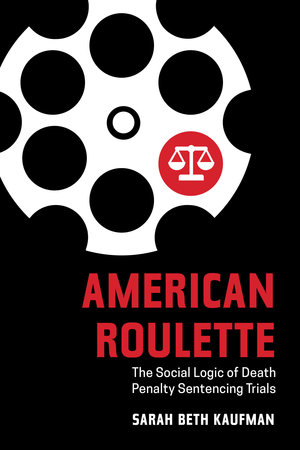 As the death penalty clings to life in many states and dies off in others, this first-of-its-kind ethnography takes readers inside capital trials across the United States. Sarah Beth Kaufman draws on years of ethnographic and documentary research, including hundreds of hours of courtroom observation in seven states, interviews with participants, and analyses of newspaper coverage to reveal how the American justice system decides who deserves the most extreme punishment. The “super due process” accorded capital sentencing by the United States Supreme Court is the system’s best attempt at individuated sentencing. Resources not seen in most other parts of the criminal justice system, such as jurors and psychological experts, are required in capital trials, yet even these cannot create the conditions of morality or justice. Kaufman demonstrates that capital trials ultimately depend on performance and politics, resulting in the enactment of deep biases and utter capriciousness. American Roulette contends that the liberal, democratic ideals of criminal punishment cannot be enacted in the current criminal justice system, even under the most controlled circumstances.

"A must-read for social justice lawyers and court practitioners of all types. Kaufman makes visible our collective 'performances' in ways not discernible from the thick of the fight. This book has the potential to make real change."––Clive Stafford Smith, author of Injustice: Life and Death in the Courtrooms of America

"Based on extensive ethnographic fieldwork, this book adds something that is not currently a big part of the literature on the death penalty: a feel for how it works and a glimpse into what a capital trial is like."––Frank R. Baumgartner, Professor of Political Science, University of North Carolina at Chapel Hill

“This highly original, one-of-a-kind study describes, with an insider’s grasp of detail, how prosecutors persuade jurors to do the unthinkable and sentence a person to death. Kaufman’s analysis of the sentencing court drama, its performances and its politics, brings a new level of understanding to capital punishment scholarship.”––David Garland, author of Peculiar Institution: The Death Penalty in the Age of Abolition