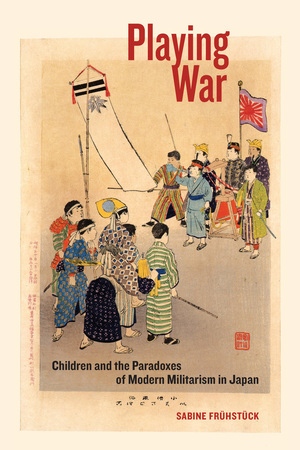 Playing War Children and the Paradoxes of Modern Militarism in Japan

In Playing War, Sabine Frühstück makes a bold proposition: that for over a century throughout Japan and beyond, children and concepts of childhood have been appropriated as tools for decidedly unchildlike purposes: to validate, moralize, humanize, and naturalize war, and to sentimentalize peace. She argues that modern conceptions of war insist on and exploit a specific and static notion of the child: that the child, though the embodiment of vulnerability and innocence, nonetheless possesses an inherent will to war, and that this seemingly contradictory creature demonstrates what it means to be human. In examining the intersection of children/childhood with war/military, Frühstück identifies the insidious factors perpetuating this alliance, thus rethinking the very foundations of modern militarism. She interrogates how essentialist notions of both childhood and war have been productively intertwined; how assumptions about childhood and war have converged; and how children and childhood have worked as symbolic constructions and powerful rhetorical tools, particularly in the decades between the nation- and empire-building efforts of the late-nineteenth and early twentieth centuries up to the uneven manifestations of globalization at the beginning of the twenty-first.

by Sabine Frühstück, author of Playing War: Children and the Paradoxes of Modern Militarism in Japan In September 2016, the Twitter hashtag #tsukamotoyochien attracted a series of comments on Tokyo’s Tsukamoto kindergarten’s practices of …

Sabine Frühstück is Professor of Modern Japanese Cultural Studies at the University of California, Santa Barbara. Her publications include Colonizing Sex: Sexology and Social Control in Modern Japan and Uneasy Warriors: Gender, Memory, and Popular Culture in the Japanese Army.

"Playing War is a must read for its inclusion of the child in the discourse of the nation and for helping us to understand, and perhaps to push back against, the intractability of the idea of eternal war."—Journal of Japanese Studies

"Wastes not one word. . . . offers us an invaluable opportunity in our own precarious historical moment to examine the powerful pull and troubling consequences of bromides that normalize relationships between children and militarism."—Monumenta Nipponica

"Frühstück evokes a world of militarized children enticed into war not only because of the needs of empire, education, and discipline, but also because of the pleasure of play. She uncovers the subtle ways that the image of the child was placed at the forefront of Japanese war rhetoric and practice. By weaving together histories of war, the emotions, and childhood, Frühstück has produced a riveting account of everyday life in Japan."—Joanna Bourke, author of Wounding the World: How the Military and War Games Invade our Lives

"In this terrific book, Sabine Frühstück draws on a wealth of sources to show how central children's play has been to war in Japan for the last 150 years. From boys playing with bamboo sticks in preparation for Japan’s wars of imperial expansion to young girls appearing in the twenty-first-century video clips to show that the navy’s sole task is defending the peace, the changing image of children's play has kept pace with how they and the state have imagined war."—Nicholas Stargardt, author of Witnesses of War: Children’s Lives under the Nazis and The German War: A Nation under Arms


"An exciting book—about not just war but the causes of war. Playing War makes clear through a detailed historical account that children can be militarized but also that militarization and militarizers can be resisted."—Cynthia Enloe, author of Bananas, Beaches, and Bases

"Few scholars have written about children in Japan's several wars. In this innovative, well-researched book, Frühstück probes the seemingly contradictory ways in which the modern nation-state sought to protect childhood while increasingly militarizing the children themselves through war games, children's literature, and maps of Japan's expanding empire."—Sheldon Garon, author of Molding Japanese Minds: The State in Everyday Life 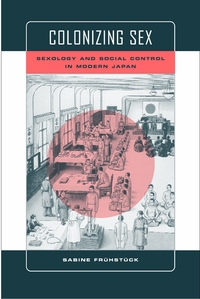