by Sabine Frühstück, author of Playing War: Children and the Paradoxes of Modern Militarism in Japan 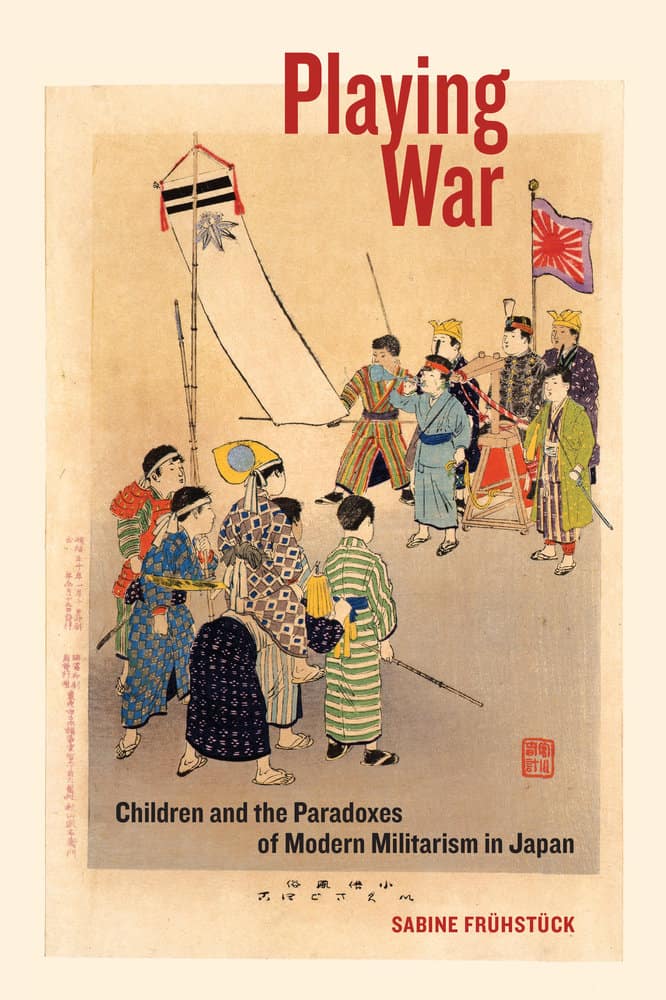 In September 2016, the Twitter hashtag #tsukamotoyochien attracted a series of comments on Tokyo’s Tsukamoto kindergarten’s practices of educating three-to-five-year-olds according to prewar ideals. Apparently, the pupils at the kindergarten are taught to recite the 1890 Imperial Rescript on Education and to bow to the wartime emperor’s photograph in the hallways; they are also routinely taken to military bases—all with the explicit aim to prepare them to “protect their nation against potential threats from other countries.” One tweet pronounced Japan’s democracy to be dying. Another expressed the concern that these children were being groomed for direct recruitment into the Japanese military. Many other comments highlighted a new urgency surrounding issues of children’s education and their relationship to the nation state, all the while commenting on how “sweet,” “innocent,” and “pitiful” these kindergarteners were.

In July 2017, China’s internet giant Tencent vowed to limit daily playing times on its smartphone hit King of Glory for young players to one or two hours to “ensure children’s healthy development.” Army chiefs declared the same game a threat to national defense. With 80 million.daily users, the game had infiltrated the daily life of soldiers and officers with disastrous effects on their physical and psychological health. More and more service members apparently preferred playing war on their mobile phones games to training for war in the field.

In the meantime, American police killed 86 people, many of them children and teenagers, brandishing guns that looked real but were not.

In our modern world, childhood, war, and play continue to intersect in unexpected ways. Often children are used to validate and legitimize war or, alternatively, sentimentalize peace. Playing War examines the intersections of children and childhood and war and the military, to both identify the insidious factors perpetuating this alliance and rethink the very foundations and underlying structures of modern militarism in Japan and beyond. Japan is not a typical modern nation state; few other nation states have shared Japan’s trajectory, traveling as it did from war after war from the late nineteenth century into the twentieth to the peace and state pacifism known since shortly after 1945. Yet, viewing this intersection of childhood and war through a Japanese lens highlights the malleability of militarism as an enduring modern concept that, paradoxically, relies on a specifically modern and stable notion of children and childhood. Playing War shows how in Japan the interfaces and linkages between childhood and war, children and soldiers were first made during the late nineteenth century and have continued ever since—albeit in dramatically shifting ways.

Sabine Frühstück is Director of the East Asia Center and professor of Modern Japanese Cultural Studies at the University of California, Santa Barbara. She is the author of Playing War: Childhood and the Paradoxes of Modern Militarism in Japan.