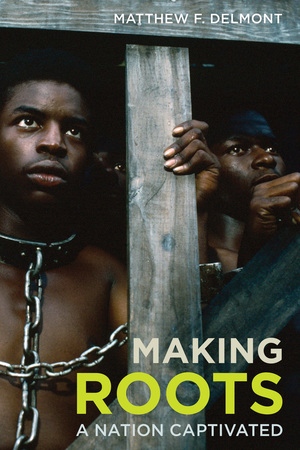 When Alex Haley’s book Roots was published by Doubleday in 1976 it became an immediate bestseller. The television series, broadcast by ABC in 1977, became the most popular miniseries of all time, captivating over a hundred million Americans. For the first time, Americans saw slavery as an integral part of the nation’s history. With a remake of the series in 2016 by A&E Networks, Roots has again entered the national conversation. In Making “Roots,” Matthew F. Delmont looks at the importance, contradictions, and limitations of mass culture and examines how Roots pushed the boundaries of history. Delmont investigates the decisions that led Alex Haley, Doubleday, and ABC to invest in the story of Kunta Kinte, uncovering how Haley’s original, modest book proposal developed into an unprecedented cultural phenomenon.

Today marks the 40th anniversary of Roots: The Saga of an American Family. To celebrate, we’re highlighting Matthew F. Delmont’s Making Roots: A Nation Captivated, which looks at the importance of the book and …

This is the last daily recap by Matthew Delmont, author of Making Roots: A Nation Captivated (coming August 2016) about the remake of Alex Haley’s Roots television miniseries airing on HISTORY Channel. If you have …

This is the third of four daily recaps by Matthew Delmont, author of Making Roots: A Nation Captivated (coming August 2016) about the remake of Alex Haley’s Roots television miniseries airing on HISTORY Channel. If you …

Matthew F. Delmont is Professor of History at Arizona State University and the author of Why Busing Failed: Race, Media, and the National Resistance to School Desegregation and The Nicest Kids in Town: American Bandstand, Rock ’n’ Roll, and the Struggle for Civil Rights in 1950s Philadelphia, both published by UC Press.

"In his absorbing, behind-the-scenes account of the making of Roots, Matthew F. Delmont not only narrates the personal odyssey Alex Haley took in discovering—and imagining—his ancestral epic for a mass audience in the 1970s but also reveals in fascinating detail the powerful mix of emotional and economic forces that led to the creation of one of the twentieth century’s most indelible—and debated—renderings of slavery. Popular culture’s roots run through Roots, and, in giving us his history of this touchstone, Delmont has produced a scholarly touchstone himself."—Henry Louis Gates Jr., Alphonse Fletcher University Professor, Harvard University, and host of the PBS series Finding Your Roots

"Long before over-the-counter DNA testing and hashtag history lessons, Roots was the connective tissue between America’s racial past and its hopes for a post-racial future. Roots also gave rise to one of the seminal cultural moments of twentieth-century America, which Matthew Delmont deftly excavates and illuminates in Making 'Roots,' a must-read book that demands a re-evaluation of Roots and its conjuror, Alex Haley."—Mark Anthony Neal, author of Looking for Leroy: Illegible Black Masculinities


"For millions of Americans, Roots established a new way of thinking about race and ethnicity in and long after the 1970s. Making 'Roots' is a prodigiously researched and immensely compelling account of book and miniseries, of author and culture industry—the roots and branches of a genre-defying, commercially blockbusting brand of history writing."—Eric Lott, The Graduate Center, City University of New York

"In Making 'Roots,' Matthew Delmont gives us a terrific and highly readable account of the making of Alex Haley’s book–cum–television miniseries, which had a major impact on television and on the ways Americans imagined slavery and its legacies. This is a hugely welcome study, both for its detailed look at the history of Roots and for its many smart insights about race, representation, and visual media."—Gayle Wald, author of It's Been Beautiful: "Soul!" and Black Power Television

"Few people read Alex Haley's Roots nowadays, and fewer still watch the twelve-hour television miniseries. But in its time, Roots touched the lives of millions of Americans, black and white, and transformed the national conversation on race. In Making 'Roots,' Matthew Delmont offers the definitive history of the Roots phenomenon, casting fresh light not only on the text and television series but also on a germinal moment in American cultural history."—James T. Campbell, author of Middle Passages: African American Journeys to Africa, 1787–2005 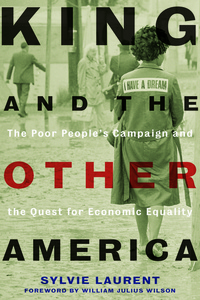