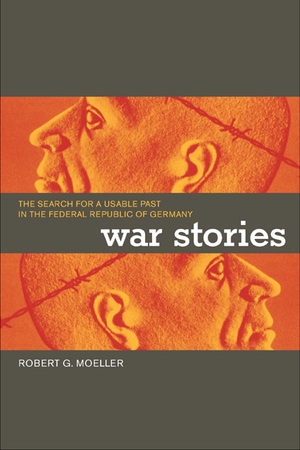 Robert G. Moeller powerfully conveys the complicated story of how West Germans recast the recent past after the Second World War. He rejects earlier characterizations of a postwar West Germany dominated by attitudes of "forgetting" or silence about the Nazi past. He instead demonstrates the "selective remembering" that took place among West Germans during the postwar years: in particular, they remembered crimes committed against Germans, crimes that—according to some contemporary accounts—were comparable to the crimes of Germans against Jews. Moeller draws on a wide range of U.S. and German government documents, political debates, film archives, letters, oral histories, and newspaper accounts.

Robert G. Moeller is Professor of History at the University of California, Irvine. His previous books include Protecting Motherhood: Women and the Family in the Politics of Postwar West Germany (California, 1993).

"A brilliant analysis of the manner in which postwar Germany forged for itself a new identity on the basis of vivid yet selective memories of the past. Robert Moeller convincingly demonstrates that public preoccupation with the expulsion of Germans from the east and the fate of prisoners of war in the Soviet Union created a sense of German victimhood that facilitated overcoming past crimes by asserting an equivalence of suffering. This is the best analysis by far of the 'negative' elements in the reconstruction of German national identity. The book is an indispensable contribution to our understanding of German politics and culture from the fall of Nazism to the present day."—Omer Bartov, author of Mirrors of Destruction

"Required reading for anyone interested in how selective memory shapes national identity, Robert Moeller's War Stories provides a whole new reading of Germany's confrontation with its Nazi past from the fifties through the nineties. . . . This is history as it should be written in the twenty-first century."—Temma Kaplan, author of Taking Back the Streets

List of Illustrations
Acknowledgments
1. Listening to War Stories
2. Accounting for the Past
3. Driven into Zeitgeschichte: Historians and the “Expulsion of the Germans from East-Central Europe”
4. Prisoners of Public Memory: “Homecoming 1955”
5. Heimat, Barbed Wire, and “Papa’s Kino”: Expellees and POWs at the Movies
Epilogue
Notes
Bibliography
Index