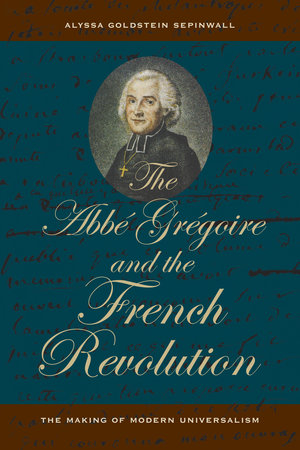 In this age of globalization, the eighteenth-century priest and abolitionist Henri Grégoire has often been called a man ahead of his time. An icon of antiracism, a hero to people from Ho Chi Minh to French Jews, Grégoire has been particularly celebrated since 1989, when the French government placed him in the Pantheon as a model of ideals of universalism and human rights. In this beautifully written biography, based on newly discovered and previously overlooked material, we gain access for the first time to the full complexity of Grégoire's intellectual and political universe as well as the compelling nature of his persona. His life offers an extraordinary vantage from which to view large issues in European and world history in the late eighteenth and early nineteenth centuries and provides provocative insights into many of the prevailing tensions, ideals, and paradoxes of the twenty-first century. Focusing on Grégoire's idea of "regeneration," that people could literally be made anew, Sepinwall argues that revolutionary universalism was more complicated than it appeared. Tracing the Revolution's long-term legacy, she suggests that while it spread concepts of equality and liberation throughout the world, its ideals also helped to justify colonialism and conquest.

“For Alyssa Sepinwall, the 'crucial question' of the Abbé Grégoire's life, and the central problem of the French Revolution, was 'how to build a coherent and egalitarian national community out of a diverse people'. . . . [Sepinwall] convincingly demonstrates the way that his views on the Jews, the French peasantry and colonialism were shaped by his experiences in late 18th-century Lorraine and Alsace. . . . She is also excellent on his posthumous career."—London Review of Books

“In this superb intellectual biography of the first priest enshrined in the Pantheon . . . Sepinwall focuses on the ambiguous legacy of the abbe Henri Gregoire’s lifelong involvement in efforts to integrate what would today be called 'minorities' and 'underprivileged groups' into a universalistic vision of the French nation.”—American Historical Review

“This is a first-rate study of a gifted but flawed individual whose vision for the future never became a reality. Recommended.”—CHOICE

“Very few leaders played as prominent role in the French Revolution as the Abbé Henri Grégoire. . . . Alyssa Goldstein Sepinwall’s first-rate intellectual biography explains the contradictions and contexts that have made Grégoire’s ideas worth arguing about for over 200 years. . . . This is a book for all serious students of the French Revolution.”—H-France Review of Books

"Sepinwall’s thoughtful and ambitious biography has given us ample reason to understand this man 'as agent, as window, and as symbol' of universalism and the Revolution’s legacy."—Journal of Modern History

"Sepinwall's illuminating study provides the best-researched and most comprehensive account of his [Gregoire's] stance toward the Jews now available in any language."—Jewish History

“Alyssa Sepinwall's biography of the Abbe Gregoire makes an important contribution to French Revolution historiography and not just because of Gregoire 's extraordinary career. At the heart of her study is an intellectual, even moral, dilemma that has marked not only the evolution of the modern French state but also that of every heterogeneous society: the place of diversity and multiculturalism in national identity.”—Catholic Historical Review

"Add[s] much to both historical narratives and to contemporary conversations."—Jewish Quarterly Review

“Alyssa Goldstein Sepinwall has written a fascinating book from which both scholars and students can gain insights on how the interaction of ideas in eighteenth-century France influenced the thinking of one individual and how these same ideas shaped the outcome of the French Revolution.”—Libraries & the Cultural Record

“Sepinwall’s scholarly work is riveting and always interesting as it sheds light not only on an important period of Jewish history, but on the present age of globalization as well.”—New Jersey Jewish News

“The book conveys the author’s enthusiasm for her subject and provides a most exciting insight into the issues French Jews faced at a crucial period of time in our history."—San Diego Jewish Times

“Superb biography, which is likely to become the classic scholarly study in English on Grégoire.”—Nineteenth Century French Studies

“Sepinwall has intelligently used Grégoire as a vehicle to ask important questions about modern French society: how can the universal ideals of equality espoused by the French Revolution be reconciled with cultural and religious differences? How can the power of religious belief be reconciled with a secular state which is regarded as essential for the preservation of republican values? . . . We should be grateful to her for using Grégoire as a way into discussing some fundamental problems of French society, and at the same time for linking them with the ideas of the French Revolution.”—European Legacy

“Sepinwall's thoroughly researched and clearly written intellectual and political biography . . . is sure to remain authoritative for many years to come."—French Studies

List of Illustrations
Prologue. Regenerating Biography, or In Search of Universalism

PART ONE. GRÉGOIRE’S EARLY YEARS: ENLIGHTENMENT AND RELIGION IN FRANCE, 1750–1789
1. From Tailor’s Son to Enlightened Abbé: A Provincial Journey
2. The “Bon Curé” of Emberménil
3. A Physical, Moral, and Political Regeneration of the Jews

PART THREE. KEEPING THE FAITH: GRÉGOIRE, REGENERATION, AND THE REVOLUTION’S GLOBAL LEGACY, 1801–1831
7. The Joys and Frustrations of the Atlantic Republican Network: Grégoire and the Americas
8. Exporting the Revolution: The Colonial Laboratory in Haiti
9. Christian Apologetics and the Universal Human Family
Epilogue. Icon Of Universalism: Grégoire’s Life after Death