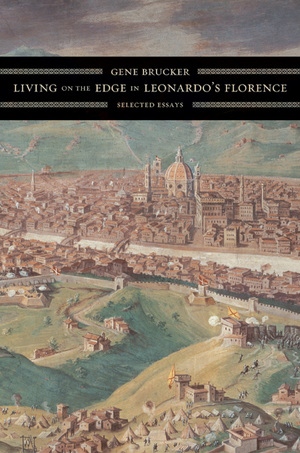 Living on the Edge in Leonardo’s Florence Selected Essays

In Living on the Edge in Leonardo's Florence, an internationally renowned master of the historian's craft provides a splendid overview of Italian history from the Black Death to the rise of the Medici in 1434 and beyond into the early modern period. Gene Brucker explores those pivotal years in Florence and ranges over northern Italy, with forays into the histories of Genoa, Milan, and Venice. The ten essays, three of which have never before been published, exhibit Brucker's graceful intelligence, his command of the archival sources, and his ability to make history accessible to anyone interested in this place and period. Whether he is writing about a case in the criminal archives, about a citation from Machiavelli, or the concept of modernity, the result is the same: Brucker brings the pulse of the period alive.

Five of these essays explore themes in the premodern period and delve into Italy's political, social, economic, religious, and cultural development. Among these pieces is a lucid, synoptic view of the Italian Renaissance. The last five essays focus more narrowly on Florentine topics, including a fascinating look at the dangers and anxieties that threatened Florence in the fifteenth century during Leonardo's time and a mini-biography of Alessandra Strozzi, whose letters to her exiled sons contain the evidence for her eventful life.

“Lively and provocative.”—Int’l Journal Of The Classical Tradition

"These essays on Renaissance Florence are a tonic to read, as we watch one of the great historians of the period take hold of major questions with never less than a keen intelligence and a masterly imagination."—Lauro Martines, author of April Blood: Florence and the Plot against the Medici (2003) and Strong Words: Writing and Social Strain in the Italian Renaissance (2001)

"These thoughtful essays illuminate the precarious quality of life during the Italian Renaissance. They remind us of the social and personal struggles that gave birth to the period's impressive achievements."—William J. Connell, Professor of History and La Motta Chair in Italian Studies, Seton Hall University, editor of Society and Individual in Renaissance Florence

List of Maps
Acknowledgments
Permissions
Introduction
1. The Italian Renaissance
2. Civic Traditions in Premodern Italy
3. From Campanilismo to Nationhood: Forging an Italian Identity
4. "The Horseshoe Nail": Structure and Contingency in Medieval and Renaissance Italy
5. Fede and Fiducia: The Problem of Trust in Italian History, 1300-1500
6. Florence Redux
7. Living on the Edge in Leonardo's Florence
8. Florentine Cathedral Chaplains in the Fifteenth Century
9. The Pope, the Pandolfini, and the Parrochiani of S. Martino a Gangalandi (1465)
10. Alessandra Strozzi (1408-1471): The Eventful Life of a Florentine Matron
Notes
Index 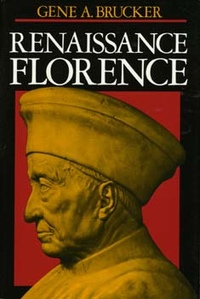