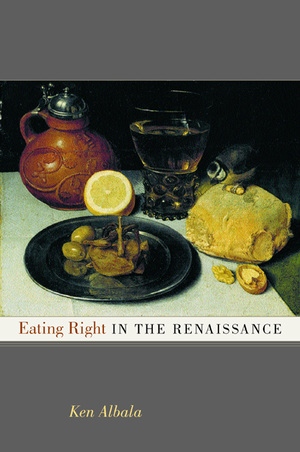 Eating right has been an obsession for longer than we think. Renaissance Europe had its own flourishing tradition of dietary advice. Then, as now, an industry of experts churned out diet books for an eager and concerned public. Providing a cornucopia of information on food and an intriguing account of the differences between the nutritional logic of the past and our own time, this inviting book examines the wide-ranging dietary literature of the Renaissance. Ken Albala ultimately reveals the working of the Renaissance mind from a unique perspective: we come to understand a people through their ideas on food.

Eating Right in the Renaissance takes us through an array of historical sources in a narrative that is witty and spiced with fascinating details. Why did early Renaissance writers recommend the herbs parsley, arugula, anise, and mint to fortify sexual prowess? Why was there such a strong outcry against melons and cucumbers, even though people continued to eat them in large quantities? Why was wine considered a necessary nutrient? As he explores these and other questions, Albala explains the history behind Renaissance dietary theories; the connections among food, exercise, and sex; the changing relationship between medicine and cuisine; and much more.

Whereas modern nutritionists may promise a slimmer waistline, more stamina, or freedom from disease, Renaissance food writers had entirely different ideas about the value of eating right. As he uncovers these ideas from the past, Ken Albala puts our own dietary obsessions in an entirely new light in this elegantly written and often surprising new chapter on the history of food.

Ken Albala is Associate Professor in the Department of History at the University of the Pacific.

"Albala 's engaging tour through the host of Renaissance dietary theories reminds us that our preoccupations with food and susceptibility to cranky advice about nutrition are nothing new. This is superior scholarship delivered with a light touch."—Rachel Laudan, author of The Food of Paradise: Exploring Hawaii’s Culinary Heritage

"This stimulating work is an important contribution to social and especially medical-dietetic history. Albala is the first to explore in detail the role of dietetic literature in the development of the European nation state. His book is a pleasure to read."—Melitta Weiss Adamson, editor of Food in the Middle Ages

Acknowledgments
Note on Spelling
Introduction
1. Overview of the Genre
2. The Human Body: Humors, Digestion, and the Physiology of Nutrition
3. Food: Quality, Substance, and Virtues
4. External Factors
5. Food and the Individual
6. Food and Class
7. Food and Nation
8. Medicine and Cuisine
Postscript: The End of a Genre and Its Legacy
Bibliography
Index 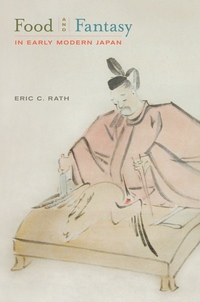