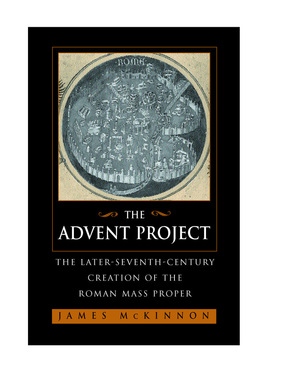 In his final accomplishment of an extraordinarily distinguished career, James W. McKinnon considers the musical practices of the early Church in this incisive examination of the history of Christian chant from the years a.d. 200 to 800. The result is an important book that is certain to have a long-lasting impact on musicology, religious studies, and history.

Prior to his death in February 1999, James W. McKinnon was Richard H. Fogel Professor of Music at the University of North Carolina, Chapel Hill. He authored numerous books and articles on medieval music, including The Early Christian Period and The Latin Middle Ages (1998).

"In this study in 'musical archeology,' James McKinnon reveals one of the most important layers in the early development of Gregorian chant. With equal attention to musical and ritual practicalities, McKinnon applies an unusual combination of scholary skill and sensitivity to reconstruct how words and melodies might have been assigned to the whole church year, beginning with Advent. If liturgy is 'people doing things for which they have forgotten the reasons,' McKinnon shows us some of the reasons for the creation of the Gregorgian Proper chants of the mass."—Richard Crocker, author of An Introduction to Gregorian Chant

"[It] is so richly imagined and so well supported with facts and argument that the reader is compelled by its plausibility even while remembering that (s)he is peering behind what has often been depicted as an impenetrable curtain. McKinnon uses his exceptional knowledge of the sources of late antiquity, common sense, imagination and persistent belief that the story ought to make sense to piece together the history of Christian chant from 200 to 800 as one might piece together the shards of a hopelessly smashed ancient artifact. The results are simply stunning."—Edward Nowacki, University of Cincinnati

"Simply one of the half-dozen most important works of chant scholarship in the entire twentieth century. The scholarship in the book is not just superior. It borders on the inspired."—Alejandro Planchart, editor of the Beneventanum Troporum Corpus