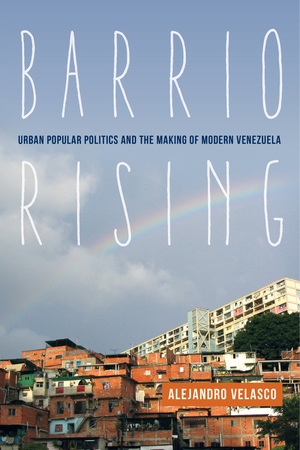 Beginning in the late 1950s political leaders in Venezuela built what they celebrated as Latin America’s most stable democracy. But outside the staid halls of power, in the gritty barrios of a rapidly urbanizing country, another politics was rising—unruly, contentious, and clamoring for inclusion.

Based on years of archival and ethnographic research in Venezuela’s largest public housing community, Barrio Rising delivers the first in-depth history of urban popular politics before the Bolivarian Revolution, providing crucial context for understanding the democracy that emerged during the presidency of Hugo Chávez.

In the mid-1950s, a military government bent on modernizing Venezuela razed dozens of slums in the heart of the capital Caracas, replacing them with massive buildings to house the city’s working poor. The project remained unfinished when the dictatorship fell on January 23, 1958, and in a matter of days city residents illegally occupied thousands of apartments, squatted on green spaces, and renamed the neighborhood to honor the emerging democracy: the 23 de Enero (January 23).

During the next thirty years, through eviction efforts, guerrilla conflict, state violence, internal strife, and official neglect, inhabitants of el veintitrés learned to use their strategic location and symbolic tie to the promise of democracy in order to demand a better life. Granting legitimacy to the state through the vote but protesting its failings with violent street actions when necessary, they laid the foundation for an expansive understanding of democracy—both radical and electoral—whose features still resonate today.


Blending rich narrative accounts with incisive analyses of urban space, politics, and everyday life, Barrio Rising offers a sweeping reinterpretation of modern Venezuelan history as seen not by its leaders but by residents of one of the country’s most distinctive popular neighborhoods.

By Alejandro Velasco This guest post is published in advance of the Latin American Studies Association Congress in San Juan, Puerto Rico. UC Press authors share their research and stories that reflect on …

"With this study of urban life in the four decades between the fall of Marco Pérez Jiménez’s authoritarian regime and the Caracazo, Velasco presents an innovative historical survey of lived experience at the literal and metaphoric heart of Caracas politics. Working from public records and extensive interviews, Velasco narrates the vicissitudes of political mobilization and governmental strategies intended to foster popular support. Through transitions to democratic elections, post-Cuban revolution activity, popular action, and looming neoliberal policies, the focus remains on the residents of these buildings. The book prompts reflection on Chavismo and the imprint of architectural modernity beyond the famous profiles of Brasilia and writes the people of Caracas into the story of Latin America’s 20th century. Highly recommended."—CHOICE

"Velasco’s complex engagement with the everyday practice of politics is a model of good urban history . . . [providing] great comparative potential well beyond its contribution to defining urban popular politics in Latin America. . . . Barrio Rising makes the important point that incomplete promises create lasting legacies in the built environment and in politics."—Planning Perspectives

"This is an exemplary effort of combining archival and ethnographic research to demystify one of Venezuela’s most politically charged neighborhoods, and in doing so, provides crucial insights into the country’s often volatile and complex political history. Barrio Rising should appeal to both specialists and the general public, possessing the rare quality of being highly accessible and scholarly in equal measure."—Latin Americanist

"No study has explored the pre-1989 relationship between the democratic state and the urban poor in such a finely-grained and insightful manner as Velasco’s study. This is a landmark book in Venezuelan social and political history and in Latin American urban history."—Journal of Social History

"While Velasco sticks closely to the Venezuelan context throughout his book, he nonetheless tells a story that resonates broadly with processes of urbanization throughout the global south, especially in Latin America. The book analyzes complex dynamics in engaging, compelling prose through a fascinating case study that is suitable for advanced undergraduates. The book also offers fresh and instructive insights on politics, in/formality, poverty and mass urbanization that should be of broad interest to scholars not only in Latin American history, but also in anthropology, sociology, and urban studies. It will be a crucial reference point for urban popular politics in Venezuela and beyond."—City & Society

"An effective account of urban popular politics in modern Venezuela. It is very well researched and reads well. It is a must read for anyone interested in contemporary Venezuela and for students of urban politics in general."—American Historical Review

“Alejandro Velasco’s compelling history of one of Venezuela’s most symbolically charged urban neighborhoods illuminates the possibilities and contradictions of Venezuela’s postwar politics. No other English-language study has so effectively analyzed the complexity of popular engagement with Venezuelan democracy in the decades preceding Chavismo.”—Brodwyn Fischer, author of A Poverty of Rights: Citizenship and Inequality in Twentieth-Century Rio de Janeiro
"This book just might 'crack the code' on Venezuela, an enigmatic country that resists easy understanding. It will surely become a reference point for understanding Latin American politics and social movements."—David Smilde, author of Reason to Believe: Cultural Agency in Latin American Evangelicalism
Read More >

Introduction: A History of Place and Nation

PART ONE. Landscapes of Opportunity
1. Dictatorship’s Blocks: The Battle for the New Urban Venezuela
2. Democracy’s Projects: Occupying the Spaces of Revolution

PART THREE. Streets of Protest
5. Water, Women, and Protest: The Return of Local Activism, 1969–1977
6. “A Weapon as Powerful as the Vote”: Seizing the Promise of Participation, 1979–1988
7. Killing Democracy’s Promise: A Massacre of People and Expectations
Conclusion: Revolutionary Projects 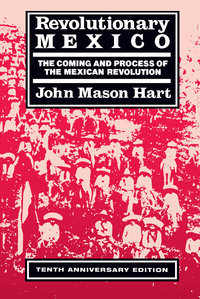 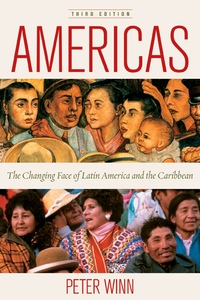 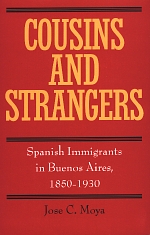 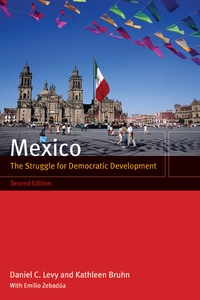 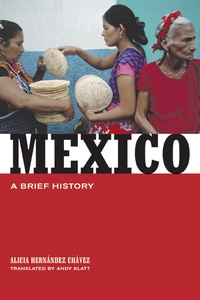