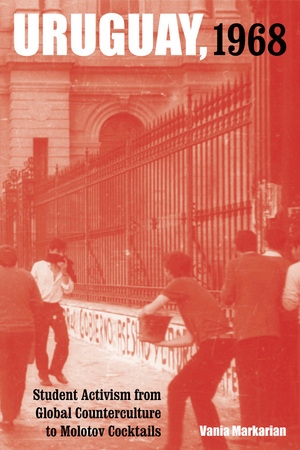 The tumultuous 1960s saw a generation of Latin American youth enter into political life in unprecedented numbers. Though some have argued that these young-radical movements were inspired by the culture and politics of social movements burgeoning in Europe and the United States, youth activism developed its own distinct form in Latin America. In this book, Vania Markarian explores how the Uruguayan student movement of 1968 shaped leftist politics in the country for decades to come. She considers how students invented their own new culture of radicalism to achieve revolutionary change in Uruguay and in Latin America as a whole. By exploring the intersection of activism, political violence, and youth culture, Uruguay, 1968 offers new insights about such subjects as the “New Left” and “Revolutionary Left” that are central to our historical understanding of the 1960s across the globe.

This guest post is published in conjunction with the meeting of the Latin American Studies Association taking place April 29-May 1 in Lima, Peru. #LASA17 by Vania Markarian, author of Uruguay, 1968: Student Activism …

Vania Markarian is Associate Professor at Universidad de la República in Montevideo, Uruguay, and is the author of Left in Transformation: Uruguayan Exiles and the Latin American Human Rights Networks, 1967–1984.

"Markarian makes sense of the complex and often conflicted interaction of three phenomena: the youth’s rapid conversion to violent repertoires of political contention, their massive incorporation into leftist organizations, and their appropriation of cultural ideas and practices emanating from their contemporaries in Europe and the United States... a significant contribution."—International Sociology

"Uruguay, 1968 deftly brings to light the local experiences of a global revolt."—Contemporanea

"Significant... [the book] influences historians' understanding of student movements, youth mobilization and itsrelationship to the Left, and what motivates protests at politically precarious moments."—Canadian Journal of Latin American and Caribbean Studies

"Creatively researched, offers some intriguing interpretations that respond to the perspective of hindsight after collective trauma, and brings to the fore a group of young political actors who clearly were connected to the wider social landscape at that moment: the funeral of their first martyr, shot in the street, drew nearly two hundred thousand residents."—American Historical Review

“Uruguay, 1968 is a jewel of a book. With rigor and passion, Markarian reveals the creativity, vitality, and bravura of the Uruguayan left, which captured the world's imagination in the 1960s and holds strong in the global memory of that turbulent decade. She also shows how so many assumptions about the era’s radicalism fail to describe the Uruguayan scene—for example, assumptions that the young and the old, or the militant and the communist left, rarely mixed. Markarian has given us a landmark study that forces us to rethink the histories of Uruguay, Latin America, and the global sixties.”—Jeremy Varon, The New School
“This terrific book sheds new light on the student activists at the heart of Uruguay’s 1968, which, as the author shows, was part of a broader global moment of youthful protest. Markarian moves beyond familiar myths to reconsider the ideas and practice of student politics alongside new currents of artistic expression, consumer culture, and sexuality that characterized the 1960s. Drawing on diverse sources, the author offers a creative and nuanced interpretation of a historical moment too often presented in black and white, and in so doing, she achieves a major advance in our understanding of Cold War Latin America.”—Eduardo Elena, University of Miami

1. MOBILIZATIONS
Students Take to the Streets
Coordinates of a Cycle of Protest
On Violence

2. DISCUSSIONS
The Unions and the Movement
The Lefts and the Students
Paths and Paradoxes of Revolutionary Action

CONCLUSION. 1968 AND THE EMERGENCE OF A “NEW LEFT” 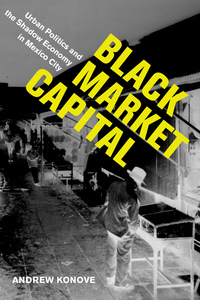