This guest post is published in advance of the Latin American Studies Association Congress in San Juan, Puerto Rico. UC Press authors share their research and stories that reflect on this year’s conference theme, “Precariedades, exclusiones, emergencias“. Come back for new posts every weekday through the meeting. 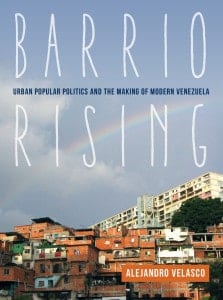 These days most people know Venezuela as a country mired in turmoil – whether it’s political battles between supporters and opponents of the late socialist President Hugo Chávez, economic crisis as oil prices plummet, or social unrest as people fill the streets to protest everything from spiraling crime to state violence. But thirty years ago the story was very different. Back then Venezuela stood for many as an inclusive democracy in a continent where dictatorship and civil war reigned. Enlightened leaders, strong parties, powerful unions – all spoke of a stable political system that for decades managed to ensure social peace.

Or so it seemed.

As I describe in Barrio Rising, the conflicts that grip Venezuela today aren’t a departure from but a continuation of decades-long struggles over what kind of democracy would take shape after the country’s last military dictatorship fell in 1958. More representative? More participatory? How to combine the two?

These struggles played out dramatically in the 23 de enero (January 23rd) neighborhood, a massive complex of barrios (squatter settlements) and public housing high-rises in downtown Caracas, Venezuela’s capital and largest city. Named in honor of democracy’s founding date, the neighborhood’s history mirrors the nation’s democratic history. Here, as one long-time resident put it to me, “the fight was fierce.” The fight to secure a democracy more responsive to the needs of the nation’s growing ranks of urban popular sectors in what is Latin America’s most urbanized country. It took place as poverty rose amid oil booms, and rose even more amid oil busts. It took place in the streets and in the polls, as residents made use of both formal and informal democratic tools – protest and the vote – to demand accountability from political leaders. And it took place largely out of view of scholarship that focused more on the institutions of democracy than on its everyday, lived experience.

Barrio Rising captures that experience. The questions it raises about the relationship between formal and informal politics extend beyond Caracas or Venezuela. They strike at the heart of debates over what democracy is – and what it should be – in highly unequal societies. 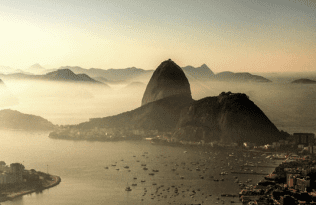