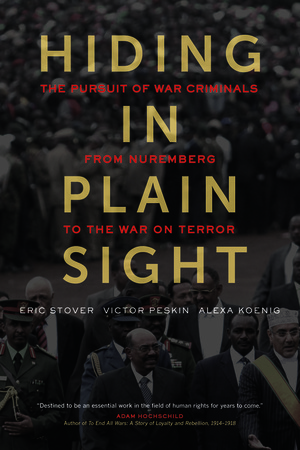 “A riveting modern history, on the trail of international justice in the face of politics and self-interest, Hiding in Plain Sight is a must-read for anyone who wants to know from whence we have come and the obstacles that will fill the road that lies ahead."—Philippe Sands, author of Torture Team: Uncovering War Crimes in the Land of the Free