Human Rights Day is observed every year on December 10th—the day the United Nations General Assembly adopted, 70 years ago today, the Universal Declaration of Human Rights. A milestone document, it proclaimed the inalienable human rights which everyone is inherently entitled to regardless of race, ethnicity, religion, sex, birth or other status.

Human rights have come to dominate international and domestic discourse, and with political and social rights besieged at home and abroad, the following relevant, challenging, and vital titles address the roots of these crises and which initiatives are gaining momentum.

All human beings are born free and equal in dignity and rights.
—Article 1, Universal Declaration of Human Rights 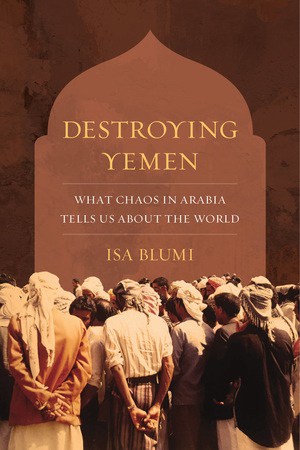 “This is a a meticulous and fascinating account of how Yemen was pushed into crisis—and why the United States intervened on the side of the aggressor.”—Stephen Kinzer, author of The Brothers: John Foster Dulles, Allen Dulles, and Their Secret World War

The first in-depth historical account of the transnational origins of the devastating war in Yemen, this explosive book places the war in the illuminating context of the country’s relationship with major powers since the Cold War, ultimately telling an even larger story of today’s political economy of global capitalism, development, and the war on terror as disparate actors intersect in Arabia. 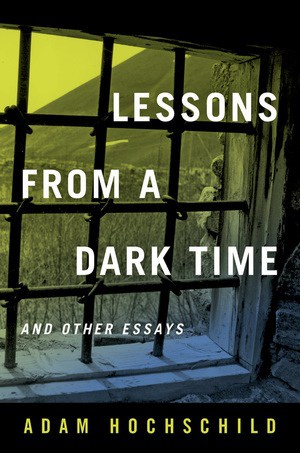 Lessons From a Dark Time and Other Essays
Adam Hochschild

“In search of a fair and humane world, he tackles big issues of social injustice. These pieces are special and enduring—a chronicle of our time, told always on an intimate human scale.”—Barry Siegel, Pulitzer Prize winner

With the skills of a journalist, the knowledge of a historian, and the heart of an activist, Adam Hochschild shares the stories of people who took a stand against despotism, spoke out against unjust wars and government surveillance, and dared to dream of a better and more just world. 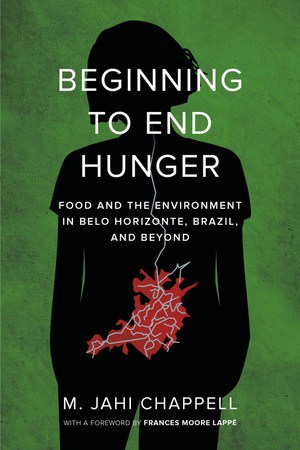 Beginning to End Hunger
Food and the Environment in Belo Horizonte, Brazil, and Beyond
M. Jahi Chappell

“It is tempting for socialists to argue simply that the problem is capitalism and that only a socialist, post-capitalist world can feed the world’s population healthily and sustainably. M. Jahi Chappell’s important study shows that this is wrong.”—Climate and Capitalism

In this convincing case study, M. Jahi Chappell establishes the importance of holistic approaches to food security, suggests how to design successful policies to end hunger, and lays out strategies for enacting policy change. With these tools, we can take the next steps toward achieving similar reductions in hunger and food insecurity elsewhere in the developed and developing worlds. 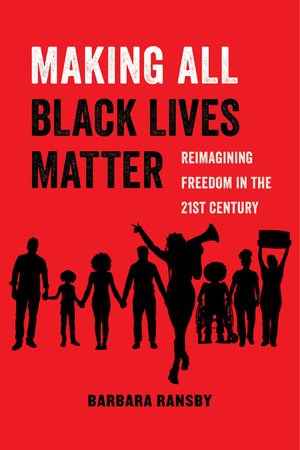 “This perceptive resource on radical black liberation movements in the 21st century can inform anyone wanting to better understand . . . how to make social change.”—Publishers Weekly

Award-winning historian and longtime activist Barbara Ransby illuminates the genealogy of the Black Lives Matter movement, documenting its roots in Black feminist politics and situating it squarely in a Black radical tradition. Ransby maps the movement, profiles many of its lesser-known leaders, measures its impact, outlines its challenges, and looks toward its future. 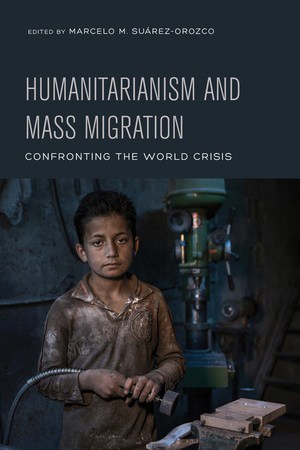 “Conscious of the dimensions of this humanitarian crisis, these essays pay attention to its effects on children, families, and those who are most vulnerable in the face of exploitation.”—His Holiness Pope Francis

Humanitarianism and Mass Migration examines the uncharted contours of mass migration. Envisioning a hopeful and realistic future, this book provides clear and concrete recommendations for what must be done to mine the inherent agency, cultural resources, resilience, and capacity for self-healing that will help forcefully displaced populations. 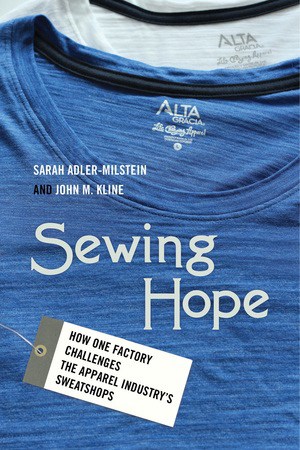 “Far from being merely another example of corporate do-goodism, this is the moving story of how an unusual coalition came together to pioneer bold, scalable solutions with the power to transform our world.”—Naomi Klein, author of No Is Not Enough and This Changes Everything

Sewing Hope offers the first account of a bold challenge to apparel-industry sweatshops. The Alta Gracia factory in the Dominican Republic is the anti-sweatshop. It boasts a living wage three times the legal minimum, high health and safety standards, and a legitimate union—all verified by an independent monitor. It is the only apparel factory in the global south to meet these criteria. 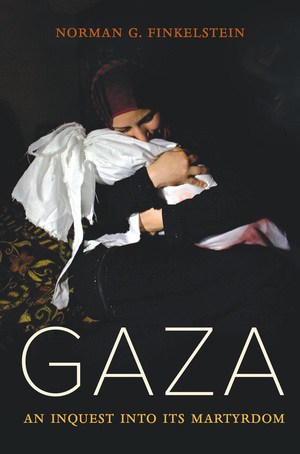 Gaza
An Inquest into Its Martyrdom
Norman Finkelstein

“No one who ventures an opinion on Gaza . . . is entitled to do so without taking into account the evidence in this book.”
—The Intercept

What has befallen Gaza is a man-made humanitarian disaster. Based on scores of human rights reports, Norman G. Finkelstein’s new book presents a meticulously researched inquest into Gaza’s martyrdom. He shows that although Israel has justified its assaults in the name of self-defense, in fact these actions constituted flagrant violations of international law. Finkelstein’s magnum opus is both a monument to Gaza’s martyrs and an act of resistance against the forgetfulness of history. 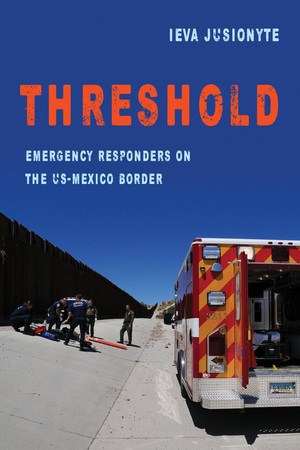 “Jusionyte explores the sister towns bisected by the border from many angles in this illuminating and poignant exploration of a place and situation that are little discussed yet have significant implications for larger political discourse.”—Publishers Weekly, STARRED Review

Ieva Jusionyte’s firsthand experience as an emergency responder provides the background for her gripping examination of the politics of injury and rescue in the militarized region surrounding the US-Mexico border. Through beautiful ethnography and a uniquely personal perspective, Threshold provides a new way to understand politicized issues ranging from border security and undocumented migration to public access to healthcare today. 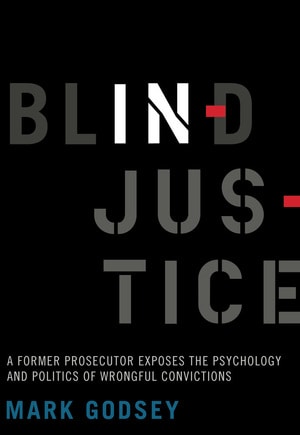 “The best book on the criminal justice system since Michelle Alexander’s The New Jim Crow. . . . This is the rare book that looks at criminal justice from the perspective of culture. And Godsey has the chops to tell it.”—Daily Kos

Blind Injustice sheds a harsh light on the unintentional yet routine injustices committed by those charged with upholding justice. Yet in the end, Mark Godsey recommends structural, procedural, and attitudinal changes aimed at restoring justice to the criminal justice system. 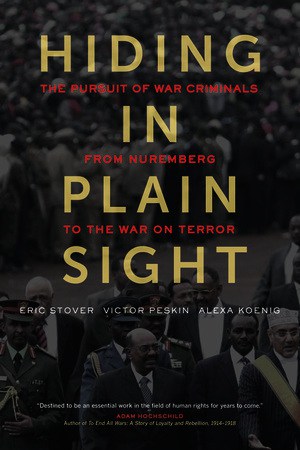 Hiding in Plain Sight
The Pursuit of War Criminals from Nuremberg to the War on Terror
Eric Stover, Victor Peskin, and Alexa Koenig

This is a story fraught with broken promises, backroom politics, ethical dilemmas, and daring escapades—all in the name of international justice and human rights.

Storytelling for Science
Celebrating five years of Elementa: Science of the Anthropocene 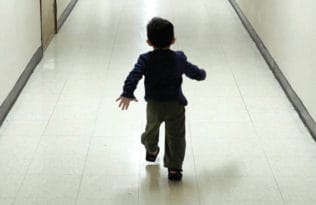 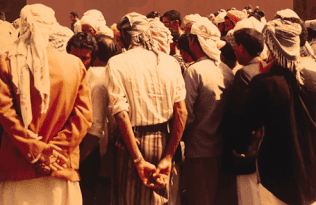