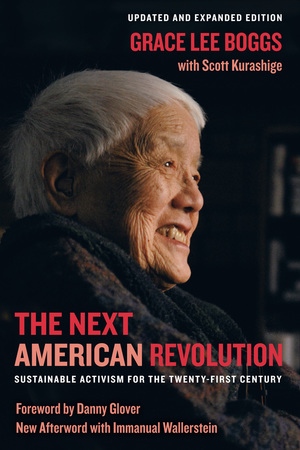 The Next American Revolution Sustainable Activism for the Twenty-First Century, Foreword by Danny Glover and Afterword with Immanuel Wallerstein

In this powerful, deeply humanistic book, Grace Lee Boggs, a legendary figure in the struggle for justice in America, shrewdly assesses the current crisis—political, economical, and environmental—and shows how to create the radical social change we need to confront new realities. A vibrant, inspirational force, Boggs has participated in all of the twentieth century’s major social movements—for civil rights, women’s rights, workers’ rights, and more. She draws from seven decades of activist experience, and a rigorous commitment to critical thinking, to redefine “revolution” for our times.

From her home in Detroit, she reveals how hope and creativity are overcoming despair and decay within the most devastated urban communities. Her book is a manifesto for creating alternative modes of work, politics, and human interaction that will collectively constitute the next American Revolution—which is unraveling before our eyes.

Grace Lee Boggs (1915–2015) was an activist, writer, and speaker. She has received many human rights and lifetime achievement awards and was celebrated in the National Women’s Hall of Fame. Boggs authored Revolution and Evolution in the Twentieth Century (with James Boggs) and Living for Change: An Autobiography. This was her last book.

Scott Kurashige is Associate Professor at the University of Michigan and author of The Shifting Grounds of Race: Black and Japanese Americans in the Making of Multiethnic Los Angeles.

"The Next American Revolution is a moving and persuasive testimony from one of the greatest scholar-activists this country has ever produced. . . . Whether we are activists, scholars, or both, we all have a great deal to learn from Grace Lee Boggs' exemplary life and work."—Contemporary Sociology

“There are lessons here for activists that make this slim volume a handbook for personal, and therefore, social transformation.”—Yes! Magazine

"A masterful weaving of history, philosophy, social justice, and activism. The author’s poignant political analysis and synthesis provide the loom that gathers otherwise interesting singular fibers to create a vibrant, revolutionary cloth, one that is purposefully left with space for continued work and growth. It inspires readers to not only think critically but also challenges them to join others in the work needed to create more humane, equitable communities."—Foreword Reviews

"This is a much-deserved celebration of an accomplished activist, yielding lessons in civil rights history, stark assessments of today's troubles, and worthy ideas to frame a better tomorrow."—Publishers Weekly

"A vibrant, inspirational force, Boggs has participated in all of the twentieth century’s major social movements—for civil rights, women’s rights, workers’ rights, and more. She draws from seven decades of activist experience, and a rigorous commitment to critical thinking, to redefine “revolution” for our times. From her home in Detroit, she reveals how hope and creativity are overcoming despair and decay within the most devastated urban communities. Her book is a manifesto for creating alternative modes of work, politics, and human interaction that will collectively constitute the next American Revolution."—Resilience

"Americans are ready for a fundamental change. Not a change of who gets to exercise power over others or a change in the material abundance available to us, but an evolution of humanity. This is the message that legendary philosopher, activist and community organizer Grace Lee Boggs delivers in her new book."

"Reading Grace Lee Boggs helps you glimpse a United States that is better and more beautiful than you thought it was. As she analyzes some of the inspiring theories and practices that have emerged from the struggles for equality and freedom in Detroit and beyond, she also shows us that in this country, a future revolution is not only necessary but possible."—Michael Hardt, co-author of Commonwealth

"This groundbreaking book not only represents the best of Grace Lee Boggs, but the best of any radical, visionary thinking in the United States. She reminds us why revolution is not only possible and necessary, but in some places already in the making. The conditions we face under neoliberalism and war do, indeed, mark the end of an era in which the old ideological positions of protest are not really relevant or effective—and this book offers a new way forward."—Robin D.G. Kelley, author of Freedom Dreams: The Black Radical Imagination

“Grace Boggs has long been a major voice of hope and action for transformation of the United States and the world. Here is her testimony of hope and program for action. It must be taken seriously.”—Immanuel Wallerstein, author of Utopistics: or, Historical Choices of the Twenty-first Century

"One of the most accomplished radicals of our time, the Detroit-based visionary Grace Lee Boggs has become one of our most influential and inspiring public intellectuals. The Next American Revolution is her powerful reflection on a lifetime of urban revolutionary work, an ode to the courage and brilliance of her late partner James Boggs, and a plain-spoken call for us to address the troubled times we face with a sense of history, a strong set of values, and an unwavering faith in our own creative, restorative powers."—Jeff Chang, author of Can't Stop Won't Stop
Read More >

1. These Are the Times to Grow Our Souls
2. Revolution as a New Beginning
3. Let’s Talk about Malcolm and Martin
4. Detroit, Place and Space to Begin Anew
5. A Paradigm Shift in Our Concept of Education
6. We Are the Leaders We’ve Been Looking For 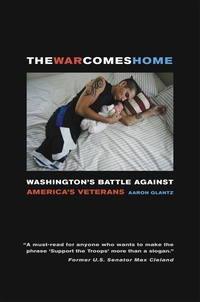 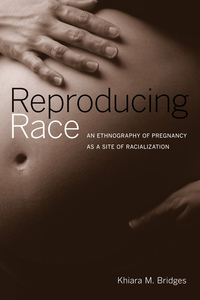