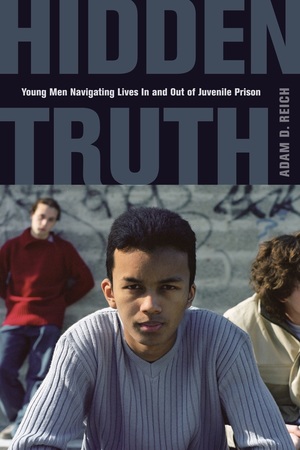 "Operating amid a juvenile justice system that has more to do with managed risk and manipulation than with any moral content, Adam Reich has brought forth a disturbing vision of young men who have clarity and intelligence enough to know that they are playing a rigged game. By delving into the souls of juvenile offenders in Providence, Reich has given voice to every fundamental hypocrisy in our approach to young men born without agency or opportunity in America as a whole. These are the children of the other America, living and dying by other rules. They are aware that they are no longer necessary to what remains of our post-industrial economy, no longer essential for their nation, their society. They are uneducated and to a large extent unemployable. But they are not fooled. And here, through the careful work of Mr. Reich, is Hidden Truth—their collective voice."—David Simon, creator of The Wire