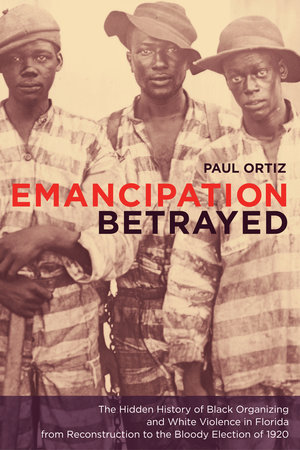 In this penetrating examination of African American politics and culture, Paul Ortiz throws a powerful light on the struggle of black Floridians to create the first statewide civil rights movement against Jim Crow. Concentrating on the period between the end of slavery and the election of 1920, Emancipation Betrayed vividly demonstrates that the decades leading up to the historic voter registration drive of 1919-20 were marked by intense battles during which African Americans struck for higher wages, took up arms to prevent lynching, forged independent political alliances, boycotted segregated streetcars, and created a democratic historical memory of the Civil War and Reconstruction. Contrary to previous claims that African Americans made few strides toward building an effective civil rights movement during this period, Ortiz documents how black Floridians formed mutual aid organizations—secret societies, women's clubs, labor unions, and churches—to bolster dignity and survival in the harsh climate of Florida, which had the highest lynching rate of any state in the union. African Americans called on these institutions to build a statewide movement to regain the right to vote after World War I. African American women played a decisive role in the campaign as they mobilized in the months leading up to the passage of the Nineteenth Amendment. The 1920 contest culminated in the bloodiest Election Day in modern American history, when white supremacists and the Ku Klux Klan violently, and with state sanction, prevented African Americans from voting. Ortiz's eloquent interpretation of the many ways that black Floridians fought to expand the meaning of freedom beyond formal equality and his broader consideration of how people resist oppression and create new social movements illuminate a strategic era of United States history and reveal how the legacy of legal segregation continues to play itself out to this day.

Paul Ortiz is Director of the Samuel Proctor Oral History Program and Associate Professor of History at the University of Florida and the coeditor of Remembering Jim Crow: African Americans Tell about Life in the Segregated South (2001).

“Historians rarely claim that a movement began at a specific point, because they know there are always antecedents. Ortiz understands that the national Civil Rights Movement of the 1940s and 1950s had its origins in local movements, such as the ones he traces in Florida from the 1860s through 1920. Beginning with the Civil War and its aftermath, Ortiz argues that African Americans, from the start of their freedom, demanded and used their civil rights. They did not acquiesce to segregation laws; rather, they fought the laws at every opportunity. It was by surviving segregation that blacks gained their strength, developed their leadership, and created the organizations that coalesced in a voter registration drive in 1919 for the 1920 election. Despite physical violence, blacks voted in significant numbers. This is a compelling tale, one that helps to adjust the view that blacks were powerless in the 50 years after Reconstruction ended. . . . Very useful for graduate students and researchers. Recommended. ”—CHOICE

“This study is a welcome addition to the growing body of scholarly literature on how African Americas in Florida and the South sought to expand the meaning of freedom in the years between the end of the Civil War and the end of World War I. Ortiz has written a superb book with depth and suggestiveness.”—Ethnic and Racial Studies

"Paul Ortiz's excellent study . . . contributes significantly to the historiography of Reconstruction and its aftermath. Unlike most reconstruction era scholars, Ortiz carries his research into the early decades of the twentieth century and shows a long tradition of racial activism and armed resistance by African Americans to secure their civil rights and to protect their lives. . . . Through an impressive array of primary sources such as newspapers, oral interviews, federal and state documents, and manuscript collections, including the papers of the NAACP, [Ortiz] has done far more than simply write a history of African American victimization. . . . [and] has also demonstrated convincingly that there was much greater continuity in the black freedom struggle in the South than historians had heretofore believed."—American Studies

“Ortiz joins scholars such as Glenda Gilmore and Charles Payne in revealing the dimensions of communal and cooperative black efforts to create democracy in America. Recommended for collections on African American, local, and U.S. political history.”—Library Journal

“A successful work that highlights the struggle of black Floridians for civil rights.”—H-Net

"Ortiz has uncovered a largely forgotten history of brutal white repression and significant strains of black political activism, which he conveys in a powerful and often moving narrative."—Journal of American History

"Paul Ortiz tells the compelling and timely story of African Americans' struggle for political rights, equal treatment, and human dignity in Florida from the end of the Civil War to the 1920 presidential election. Noting that scholars rarely treat Florida as part of the slave or segregated South, Ortiz describes the state as one of the success stories of the New South, with a thriving white tourist industry built on exploited black labor."—Journal of American Ethnic History

"Paul Ortiz offers a fascinating and contemporary paradigm that will no doubt force historians to understand again why African American life in Florida was so important."—Florida Historical Quarterly

"This monograph will long be accepted as the definitive study of the Afro-American fight for equality between 1860 and 1920 in Florida and will be of much value for readers concerned with Civil Rights history in general."—Journal of Social History

"Ortiz reveals the importance of indigenous people in developing a creative, self confident, and determined activist base upon which the civil rights movement could build."—Journal of Southern History

"Emancipation Betrayed is essential reading for scholars seeking to understand the nature of social protest by African Americans and other groups."—Social History

“A valuable contribution to American history and black studies.”—Cercles

"Paul Ortiz's lyrical and closely argued study introduces us to unknown generations of freedom fighters for whom organizing democratically became in every sense a way of life. Ortiz changes the very ways we think of Southern history as he shows in marvelous detail how Black Floridians came together to defend themselves in the face of terror, to bury their dead, to challenge Jim Crow, to vote, and to dream."—David R. Roediger, author of Colored White: Transcending the Racial Past

“Emancipation Betrayed is a remarkable piece of work, a tightly argued, meticulously researched examination of the first statewide movement by African Americans for civil rights, a movement which since has been effectively erased from our collective memory. The book poses a profound challenge to our understanding of the limits and possibilities of African American resistance in the early twentieth century. This analysis of how a politically and economically marginalized community nurtures the capacity for struggle speaks as much to our time as to 1919.”—Charles Payne, author of I’ve Got the Light of Freedom

1. The Promise of Reconstruction
2. The Struggle to Save Democracy
3. We Are in the Hands of the Devil: Fighting Racial Terrorism
4. To Gain These Fruits That Have Been Earned: Emancipation Day
5. To See That None Suffer: Mutual Aid and Resistance
6. Looking for a Free State to Live In
7. Echoes of Emancipation: The Great War in Florida
8. With Babies in Their Arms: The Voter Registration Movement
9. Election Day, 1920 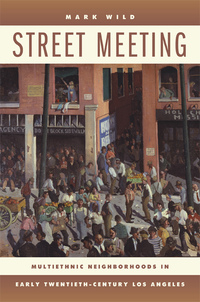