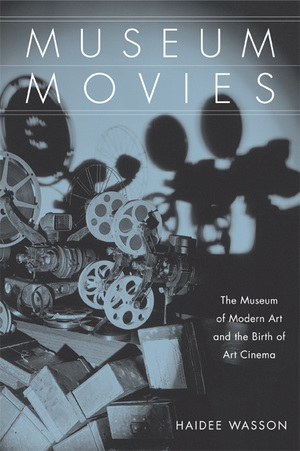 Haidee Wasson provides a rich cultural history of cinema's transformation from a passing amusement to an enduring art form by mapping the creation of the Film Library of the Museum of Modern Art (MoMA), New York, established in 1935. The first North American film archive and museum, the film library pioneered an expansive moving image network, comprising popular, abstract, animated, American, Canadian, and European films. More than a repository, MoMA circulated these films nationally and internationally, connecting the modern art museum to universities, libraries, women's clubs, unions, archives, and department stores. Under the aegis of the museum, cinema also changed. Like books, paintings, and photographs, films became discrete objects, integral to thinking about art, history, and the politics of modern life.

“Thoroughly researched and deftly written, this volume fills a void in the history of cinema and also expands and enriches the literature on museum studies.”—CHOICE

"The material presented here is invaluable for its demonstration of just how the MOMA version of film history pushed aside competing narratives."—Film History

"An insightful and important book that draws on a range of theoretical frame- works to understand the value of MoMA's Film Library. Wasson, particularly in her conclusion, foregrounds the contemporary significance of this research. In today's world of instant media gratification, Museum Movies offers important insight into all the work that went into making films that had ended their theatrical runs available to scholars and fans."—Moving Image

"Impeccably researched, lucidly argued, Haidee Wasson's book reveals MoMA's significant role in transforming film culture during the interwar years. Producing the first systematic study of the museum's relationship to cinema, she not only contributes original work to the field, but signals new directions in film historiography. This is a full-scale exploration of the rise of film as art and a timely intervention in historical research."—Barbara Klinger, Indiana University

"No other publication has discussed the intellectual roots of a national film archive and its efforts to preserve and exhibit films in such detailed, explicit terms. Wasson makes a significant and unique contribution to the field."—Jan-Christopher Horak, editor of The Moving Image 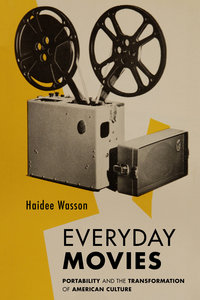