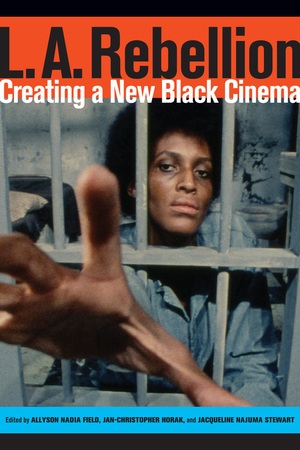 L.A. Rebellion: Creating a New Black Cinema is the first book dedicated to the films and filmmakers of the L.A. Rebellion, a group of African, Caribbean, and African American independent film and video artists that formed at the University of California, Los Angeles, in the 1970s and 1980s. The group—including Charles Burnett, Julie Dash, Haile Gerima, Billy Woodberry, Jamaa Fanaka, and Zeinabu irene Davis—shared a desire to create alternatives to the dominant modes of narrative, style, and practice in American cinema, works that reflected the full complexity of Black experiences. This landmark collection of essays and oral histories examines the creative output of the L.A. Rebellion, contextualizing the group's film practices and offering sustained analyses of the wide range of works, with particular attention to newly discovered films and lesser-known filmmakers. Based on extensive archival work and preservation, this collection includes a complete filmography of the movement, over 100 illustrations (most of which are previously unpublished), and a bibliography of primary and secondary materials. This is an indispensible sourcebook for scholars and enthusiasts, establishing the key role played by the L.A. Rebellion within the histories of cinema, Black visual culture, and postwar art in Los Angeles.

Jan-Christopher Horak is Director of the UCLA Film & Television Archive. In addition to his long career in film archiving and curating, he is a professor of Cinema and Media Studies at the University of California, Los Angeles. His most recent book is Saul Bass: Anatomy of Film Design.

Jacqueline Najuma Stewart is Professor of Cinema and Media Studies at the University of Chicago and author of Migrating to the Movies: Cinema and Black Urban Modernity. She directs the South Side Home Movie Project and serves on the National Film Preservation Board. She is currently completing a book on the career of the African American actor, writer, and director Spencer Williams.

"L.A. Rebellion is a valuable resource especially for interdisciplinary scholars in film history and ethnic studies. . . . [It] also provides a series of oral histories with some of the filmmakers, as well as a comprehensive filmography. Thankfully, many of the titles are now available for the first time in decades, allowing audiences an opportunity to encounter this exceptional moment in film history for themselves."—Journal of American Ethnic History

"L.A. Rebellion: Creating a New Black Cinema is a groundbreaking and highly readable compendium focused on the kaleidoscopic network of filmmakers based at UCLA between the 1960s and the 1990s. The collection opens up previously obscured historical pathways that deepen our knowledge of black American cinema, and should inspire further research and scholarship."—Kraszna-Krausz Book Awards

"There is no doubt that this comprehensive, much-needed collection will be of great use for researchers, instructors, and students interested in this groundbreaking group of filmmakers and films." —Paula J. Massood, author of Making a Promised Land: Harlem in Twentieth-Century Photography and Film

"LA Rebellion: Creating a New Black Cinema is an extraordinary, exciting, anthology. The oral histories and other archival materials, the “LA Rebellion Filmography,” and the carefully assembled “LA Rebellion Bibliography” are significant resources. The scholarly essays includedin this volume are among the most exciting work on the LA Rebellion that I have read. Each section on its own is a welcome contribution to our understanding of the history, challenges, and possibilities of Black cinema. That they are included in the same volume makes this book simply indispensable. Indeed, I think it will be a seminal text in Film Studies." —Kara Keeling, Associate Professor of Critical Studies, School of Cinematic Arts, University of Southern California

L.A. Rebellion: Creating a New Black Cinema (University of California Press), edited by Allyson Field, Jan-Christopher Horak and Jacqueline Najuma Stewart receives the award for Best Moving Image Book, charting the history of the influential black film-making movement at the UCLA between the 1960s and 1990s.