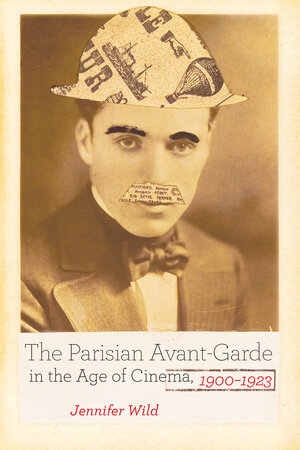 The first decades of the twentieth century were pivotal for the historical and formal relationships between early cinema and Cubism, mechanomorphism, abstraction, and Dada. To examine these relationships, Jennifer Wild’s interdisciplinary study grapples with the cinema’s expanded identity as a modernist form defined by the concept of horizontality. Found in early methods of projection, film exhibition, and in the film industry’s penetration into cultural life by way of film stardom, advertising, and distribution, cinematic horizontality provides a new axis of inquiry for studying early twentieth-century modernism. Shifting attention from the film to the horizon of possibility around, behind, and beyond the screen, Wild shows how canonical works of modern art may be understood as responding to the changing characteristics of daily life after the cinema. Drawing from a vast popular cultural, cinematic, and art-historical archive, Wild challenges how we have told the story of modern artists’ earliest encounter with cinema and urges us to reconsider how early projection, film stardom, and film distribution transformed their understanding of modern life, representation, and the act of beholding. By highlighting the cultural, ideological, and artistic forms of interpellation and resistance that shape the phenomenology of a wartime era, The Parisian Avant-Garde in the Age of Cinema, 1900–1923 provides an interdisciplinary history of radical form. This book also offers a new historiography that redefines how we understand early cinema and avant-garde art before artists turned to making films themselves.

Jennifer Wild is Assistant Professor in the Department of Cinema and Media Studies at the University of Chicago.

"An interesting new assessment of film and the Parisian art scene at the beginning of the century."—CHOICE

"Wild’s work [is] compelling, and so worthy of the fiercely anti-establishment avant-garde artists she studies."—Film Quarterly

"Wild displays her impressive grasp of the scholarship of her period and of its key players and her considerable imaginative powers in reconstructing how cinema may have been experienced and responded to by the likes of Pablo Picasso, Marcel Duchamp, Francis Picabia and Tristan Tzara in those first frantic years of the 20th century, when film had not yet been tamed to a dominant industrial pattern. . . . It's a work of great intellectual fortitude.”—Sight and Sound

"By drawing a dividing line between film as popular entertainment and film as provocative art, the avant-garde of the mid-1920s at once usurped and undermined the medium’s original subversive potential. Wild does us all a service by expanding our understanding of the period between 1900 and 1923 when both film and art could still be imagined as 'avant-garde.' An indispensable book for multiple disciplines: for film studies scholars, art historians, and scholars of twentieth-century French cultural history. Its importance goes beyond the precise historical moment it delves into, and it provides a productive framework for future explorations of other artistic moments in other times and places."—H-France

"Jennifer Wild’s book is a major achievement, a monument in fact. The book ranges across the entirety of the early twentieth-century French avant-garde, from Picasso and Cubism to Dada and early Surrealism. Developments in cinema, painting, poetry, and music are all tracked. Wild's knowledge of the French avant-garde goes deeper and is more all-encompassing than that of anyone I have read in her generation. But in her 'horizontal' approach to the myriad ways in which the French avant-garde responded to the parameters of what is here called the 'age of cinema,' Wild achieves more than deep erudition: she has invented a new way of crossing the fields of cinema studies and art history."—George Baker, author of The Artwork Caught by the Tail: Francis Picabia and Dada in Paris

"From the effects of projection on early Picasso to the ubiquitous “Chaplin effect,” cinema was woven into the fabric and design of French avant-gardism. Jennifer Wild trains the light of cinema on myriad poets and artists whose work glows anew, while they in turn used films as visual “diagrams” or as a lethal “ballistics.” Bolstered by an astounding bibliography and a wealth of anecdotes, Wild moves effortlessly through Paris, like the movies themselves. You come away astonished at the boldness of this culture, at the boldness of this artform, and especially at the boldness of this scholar who has ingested this period like few before her."—Dudley Andrew, Yale University

“The Parisian Avant-Garde in the Age of Cinema, 1900–1923, disrupts a stabilized sense of ‘cinema’ that has shaped the history of modern art and asks how that history would need to be rethought in order for a more accurate and complicated version of cinema to come into view. Jennifer Wild draws on a strong grasp of both modern art and film historical scholarship, as well as an impressive amount of archival research, to make important contributions to cinema and media studies, art history, theater and performance studies, and literary studies.”—Karen Beckman, author of Crash: Cinema and the Politics of Speed and Stasis

“An extremely rich and wide-ranging study of the intersection between avant-garde painting and literature and the emergent popular art form of cinema in the early decades of the twentieth century. Magisterial in both the breadth and depth of its analysis and meticulous in its research, this book will have a considerable impact on the fields of art history, film history, and French cultural history.”—Elizabeth Ezra, author of Georges Méliès: The Birth of the Auteur

INTRODUCTION: THE CINEMA’S LESSONS
1. SEEING THROUGH CINEMA: PROJECTION IN THE AGE OF CUBISM
2. APOLLINAIRE’S AURA: PICABIA, THE DIAGRAM, AND EARLY FILM STARDOM
3. DUCHAMP’S DIAGRAMS: FILM, SPECTATOR, STAR
4. THE VERTICAL GAZE: CINEMATIC BEHOLDING IN THE AGE OF WAR
5. THE RADICAL TIME OF RECEPTION: THE CINEMA OF BALLISTICS
6. THE DISTRIBUTION OF SUBVERSIVE SYSTEMS: DADA, CHAPLIN, AND THE END OF AN AGE