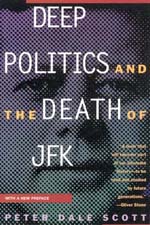 Scott offers a disturbing analysis of the events surrounding Kennedy's death, and of the "structural defects" within the American government that allowed such a crime to occur and to go unpunished. In nuanced readings of both previously examined and newly available materials, he finds ample reason to doubt the prevailing interpretations of the assassination. He questions the lone assassin theory and the investigations undertaken by the House Committee on Assassinations, and unearths new connections between Oswald, Ruby, and corporate and law enforcement forces.

Revisiting the controversy popularized in Oliver Stone's movie JFK, Scott probes the link between Kennedy's assassination and the escalation of the U.S. commitment in Vietnam that followed two days later. He contends that Kennedy's plans to withdraw troops from Vietnam—offensive to a powerful anti-Kennedy military and political coalition—were secretly annulled when Johnson came to power. The split between JFK and his Joint Chiefs of Staff, and the collaboration between Army Intelligence and the Dallas Police in 1963, are two of the several missing pieces Scott adds to the puzzle of who killed Kennedy and why.

Scott presses for a new investigation of the Kennedy assassination, not as an external conspiracy but as a power shift within the subterranean world of American politics. Deep Politics and the Death of JFK shatters our notions of one of the central events of the twentieth century.

Peter Dale Scott is a Lannan Literary Award-winning poet and Professor of English at the University of California, Berkeley. He is also coauthor (with Jonathan Marshall) of Cocaine Politics: Drugs, Armies, and the CIA in Central America (California, 1991), among other books.

"A serious study by a concerned scholar into the underlying motives of our time. A book that will become part of our alternate history—to be read and studied by future generations. Thank you, Mr. Peter Dale Scott."—Oliver Stone

"I have used Peter Dale Scott's work the way I would a CIA archive: to name names, establish relationships, and generate hyphotheses. That we still have no CIA archives, establishes the worth of Scott's work."—Bruce Cumings, University of Chicago

"A masterful synthesis of decades of research into President Kennedy's assassination. Weaving together the malevolent common interests of organized crime, J. Edgar Hoover, the CIA, Military Intelligence, and various upperworld businesses that comprise the "deep politics" most likely responsible for the assassination, Scott's work is a major contribution to assassination research and, indeed, the social history of modern America. This work sets the standard for all future inquiries into the assassination."—Alan A. Block, Pennsylvania State University

"From probing the conspicuous deficiencies of the Warren Commission to exploring the skewed political priorities of the House Assassinations Committee, Peter Dale Scott offers a trenchant analysis of Government's failure to solve the murder of President Kennedy. I've long been an admirer of Scott's prodigious ability to synthesize and clarify the disparate components that have been injected into the investigation of the Kennedy assassination over the years. No one provides a broader and more revealing perspective. From what he calls 'the underlying continuities of deep politics' to the mutual interests of military, right-wing, intelligence agency and organized crime conspirators, Scott's selective revelations move the Kennedy assassination into the historical context all Americans must first grasp before they can truly understand the consequences that terrible event had—and still has—on their lives."—Gaeton Fonzi, Former Investigator, U.S. House Select Committee on Assassinations

Acknowledgments
Abbreviations
Preface
PART ONE: DEEP POLITICS, VIETNAM,
AND THE ASSASSINATION
1. The Kennedy Assassination, Deep Politics,
and Denial
2. Kennedy, Johnson, and Vietnam:
A Tale of Two NSAMs
3. The Dialectical Cover-Up
4. The Key to the Cover-Up:
The FBI, COINTELPROS, and the Case
PART TWO: LEE HARVEY OSWALD
5. Oswald, Intelligence, and the Mob
in New Orleans
6. Oswald, Intelligence, the Mob,
and the Banana Companies
7. Mexico, Somoza, and the Martino-
Rosselli Story
8. Ruby and Narcotics:
The Heart of What Was Suppressed
9. Ruby's Background:
Narcotics, the Teamsters,
and the Racing Wire Service
10. The Nationally Protected Drug Traffic
and Ruby's Relation to It
11. Blakey and the Politics of Fighting Crime
12. Ruby, Narcotics, and the Establishment
PART FOUR: THE PLOT AND THE COVER-UP
13. The Coalitions against the Kennedys
14. Intrigue, Murder, Cover-Up:
The Continuity of Manipulation
15. Oswald as an Informant for the Government
16. Oswald as a Double Agent for Hoover
17. Army Intelligence and the Dallas Police
18. The Assassination and the Great Southwest
Corporation
19. Who Killed JFK? The Deep Political System
Notes
Bibliography
Index 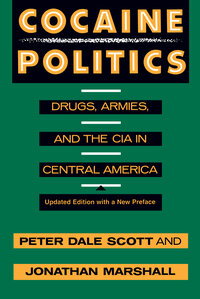 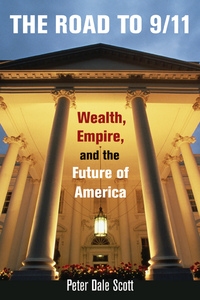