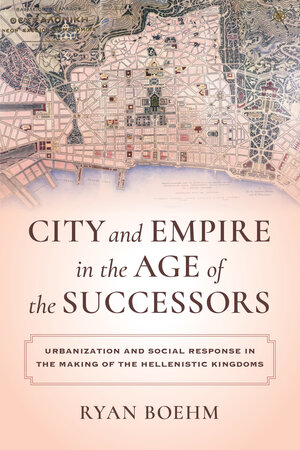 In the chaotic decades after the death of Alexander the Great, the world of the Greek city-state became deeply embroiled in the political struggles and unremitting violence of his successors’ contest for supremacy. As these presumptive rulers turned to the practical reality of administering the disparate territories under their control, they increasingly developed new cities by merging smaller settlements into large urban agglomerations. This practice of synoikism gave rise to many of the most important cities of the age, initiated major shifts in patterns of settlement, and consolidated numerous previously independent polities. The result was the increasing transformation of the fragmented world of the small Greek polis into an urbanized network of cities. Drawing on a wide array of archaeological, epigraphic, and textual evidence, City and Empire in the Age of the Successors reinterprets the role of urbanization in the creation of the Hellenistic kingdoms and argues for the agency of local actors in the formation of these new imperial cities.

Ryan Boehm is Assistant Professor of Classics at Tulane University.

"This book is a potential game changer. Ryan Boehm offers a radical reinterpretation of the role of cities in early Hellenistic kingdoms and the challenges posed by synoikism. The range of players and processes documented here is rich and complex; they have been lurking in the epigraphic and archaeological record, which Boehm has clearly mastered. Few other historians of the period show such range.”—Denver Graninger, Associate Professor of History, University of California, Riverside

“A dense and nuanced synthesis of this kind has not been available so far. A special virtue is that Boehm not only treats the 'top down' perspective of the kings but also pays great attention to the 'bottom up' interests and reactions of the communities involved. Thus, he succeeds in constructing a vivid and convincing picture of city foundations embedded in complex interaction between kings and local groups.”—Christof Schuler, Commission for Ancient History and Epigraphy of the German Archaeological Institute, Munich

List of Abbreviations ix
Introduction 1
PART ONE. URBANIZATION AND THE IMPERIAL FRAMEWORK
1. Imperial Geographies: City, Settlement, and Ideology in the Formation of the Hellenistic Kingdoms 29
2. Urbanization and Economic Networks 89
PART TWO. CULT, POLIS, EMPIRE: THE RELIGIOUS AND SOCIAL DIMENSIONS OF SYNOIKISM
3. Civic Cults between Continuity and Change 143
4. Consensus, Community, and Discourses of Power 184
Conclusion 225
Bibliography 229
Index 269