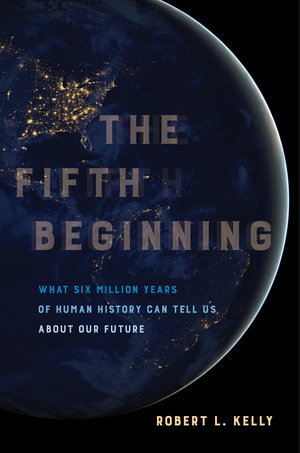 “I have seen yesterday. I know tomorrow.” This inscription in Tutankhamun’s tomb summarizes The Fifth Beginning. Here, archaeologist Robert L. Kelly explains how the study of our cultural past can predict the future of humanity.

In an eminently readable style, Kelly identifies four key pivot points in the six-million-year history of human development: the emergence of technology, culture, agriculture, and the state. In each example, the author examines the long-term processes that resulted in a definitive, no-turning-back change for the organization of society. Kelly then looks ahead, giving us evidence for what he calls a fifth beginning, one that started about AD 1500. Some might call it “globalization,” but the author places it in its larger context: a five-thousand-year arms race, capitalism’s global reach, and the cultural effects of a worldwide communication network.

Kelly predicts that the emergent phenomena of this fifth beginning will include the end of war as a viable way to resolve disputes, the end of capitalism as we know it, the widespread shift toward world citizenship, and the rise of forms of cooperation that will end the near-sacred status of nation-states. It’s the end of life as we have known it. However, the author is cautiously optimistic: he dwells not on the coming chaos, but on humanity’s great potential.

By Robert L. Kelly, author of The Fifth Beginning: What Six Million Years of Human History Can Tell Us about Our Future Ask an archaeologist why he or she does archaeology and you might …

by Robert W. Kelly, author of The Fifth Beginning: What Six Million Years of Human History Can Tell Us about Our Future This guest post is published in conjunction with the American …

"This closely argued and beautifully written book is a brilliant statement as to why archaeology, and an archaeological perspective, are of central importance in today’s world. . . .  It’s a cliché these days to remark that a book belongs on everyone’s bookshelves, but in this case it’s the truth. Everyone interested in the past and the future will find this a wonderful starting point for their thinking. Above all, it talks about archaeology in fluent and jargon-free language that will appeal to a very broad audience indeed. This isn’t a book about the romance of archaeology or spectacular discoveries. It’s, quite simply, the best essay on archaeology I’ve ever read. I hope it becomes a classic."—Brian Fagan Current World Archaeology

“The Fifth Beginning is a benchmark book about where we came from and where we’re likely headed. Robert L. Kelly’s take on archaeology shows how we humans have repeatedly become something entirely different from what we intended to be. In trying to maintain the status quo, we have inadvertently triggered evolutionary changes that were ultimately transformative (and not in a good way). Kelly sounds a simple wake-up call: this time—for the very first time—it’s all up to us.”—David Hurst Thomas, American Museum of Natural History

“In our past is our future written. Kelly brings the skills and insights of the archaeologist to the question of how we might survive in a clouded and dangerous future. He takes us on an exuberant tour of the human past and how it has shaped us today, all the way to the ‘fifth beginning.’ The big one. The one that will decide what becomes of nations, cultures, warfare, capitalism, terrorism, and other aspects of human organization. Wisely, Kelly doesn’t predict the future. He unearths and interprets it, illuminating our prospects from the fragments of our past behavior. Anyone who thinks there should be a human future will enjoy his ‘dig.’”—Julian Cribb, author of The Coming Famine


“Kelly gives us an intelligent, thoughtful ‘big history’ of humanity, a story that begs to be told by an archaeologist. Too often 99 percent of human history—known only through archaeology—becomes an introductory chapter or a footnote. It’s about time an archaeologist produced a volume like this, and Kelly does the job superbly. An important book!”—Stephen H. Lekson, University of Colorado Museum of Natural History
Read More >

A Shark Going Inland Is My Chief 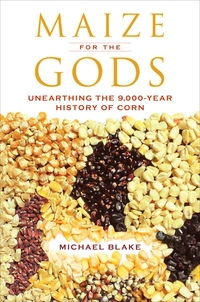