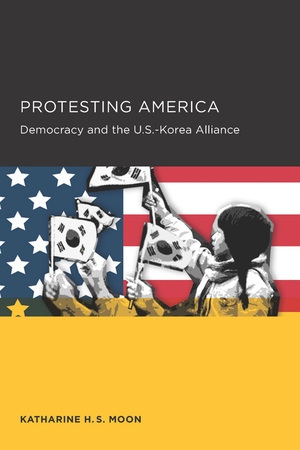 When the U.S.-Korea military alliance began to deteriorate in the 2000s, many commentators blamed "anti-Americanism" and nationalism, especially among younger South Koreans. Challenging these assumptions, this book argues that Korean activism around U.S. relations owes more to transformations in domestic politics, including the decentralization of government, the diversification and politics of civil society organizations, and the transnationalization of social movements.

Katharine H. S. Moon is professor of political science and holds the Wasserman Chair in Asian studies at Wellesley College.

“Drawing on a wealth of firsthand information and with an unmatched understanding of domestic political nuance and international context, Katharine Moon persuasively argues that the rise of anti-American and nationalist sentiment in South Korea is not the result of something intrinsic to Korean identity, but has its roots in the country’s rapid democratization and recent political decentralization. This book will be of great interest to anyone interested in NGOs and transnational advocacy movements, democratization, the Korea-U.S. security alliance, and the complex phenomenon we often crudely refer to as ‘anti-Americanism.’”—Alexander Cooley, Barnard College

“Deeply researched and compellingly argued, Protesting America analyzes the coming of age of a democratic public vigorously making its voice heard on questions of foreign policy. That voice is shaped not by a uniform, psychological anti-Americanism or social Korean nationalism but by a multivocal and vibrant social movement politics. Students of alliance politics, East Asia, and American foreign policy will value the depth and political insight that this outstanding book adds to a subject that may lie dormant at times but will not go away.”—Peter J. Katzenstein, Cornell University

“Departing from traditional explanations that have emphasized on nationalism and the generation gap, Protesting America presents a superb and fascinating alternative analysis of how democracy, civil-society activism, and local empowerment have influenced anti-Americanism in South Korea. This is a must-read for students of South Korean and Asian politics as well as American foreign policy.”—Chung-in Moon, Yonsei University