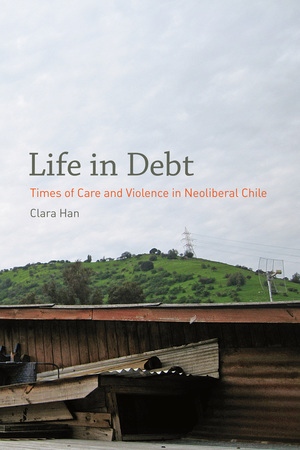 Life in Debt Times of Care and Violence in Neoliberal Chile

Symptoms of Another Life

A Time of Pure Nerves

"Pure nerves." Sra. Flora crumbled a soda cracker in her hands. It was the afternoon of Easter 2004 in La Pincoya. She had invited me to help her prepare an elaborate Easter lunch for her extended family. But the festive plans had abruptly dissolved with the news that her partner, Rodrigo, had lost his job in a textile factory where he had worked for the past twenty-five years. Instead, bites of homemade bread and sips of sugared tea mingled with stifled conversation.

Sra. Flora, Rodrigo, tío Ricardo, and Sra. Flora's daughters and grandchildren lived together in a two-story house that was a process of autoconstruction. First-floor brick rooms joined others of corrugated iron insulated with drywall. Above them, wood beams and iron sheets made a second floor. Outside, a gate of blue-painted iron bars and sheeting bounded the front patio. As part of the toma (land seizure) of 1970 that gave rise to La Pincoya, Sra. Flora and her former husband arrived on this plot of land with little more than a tent. They first built their home with materia scavenged from construction sites.

After her separation from her husband in the late 1970s, Sra. Flora and her new partner, Rodrigo, continued to build and furnish the home through bank loans and department store credit. Her daughters Carmen and Sonia, both single and in their midthirties lived on the second floor, each with two children. Separated by a thin wall was tío Ricardo's small room. On the first floor, Sra. Flora's twenty-five-year-old daughter, Valentina, shared a room with twenty-four-year-old Margarita, an adopted niece with cerebral pay. And in a room abutting that of Sra. Flora and Rodrigo, her thirty-year-old daughter, Florcita, lived with her partner, Kevin, and their two children.

Rodrigo's job loss had rippled through family relations. Carmen and Sonia worked in unstable jobs that often changed month to month: office cleaning, stocking supermarket shelves, selling pirated CDs. They would have to take on extra hours to pay the utility bil and the monthly quotas on debts until Rodrigo could find another job, but they faced the prospect with a mixture of resignation and frustration. The affects of working overtime ao intensified anger toward Florcita and Kevin, who had begun to drink hard liquor again, stealing and selling household foodstuffs to pur

Chile is widely known as the first experiment in neoliberalism in Latin America, carried out and made possible through state violence. Since the beginning of the transition in 1990, the state has pursued a national project of reconciliation construed as debts owed to the population. The state owed a “social debt” to the poor accrued through inequalities generated by economic liberalization, while society owed a “moral debt” to the victims of human rights violations. Life in Debt invites us into lives and world of a poor urban neighborhood in Santiago. Tracing relations and lives between 1999 and 2010, Clara Han explores how the moral and political subjects imagined and asserted by poverty and mental health policies and reparations for human rights violations are refracted through relational modes and their boundaries. Attending to intimate scenes and neighborhood life, Han reveals the force of relations in the making of selves in a world in which unstable work patterns, illness, and pervasive economic indebtedness are aspects of everyday life. Lucidly written, Life in Debt provides a unique meditation on both the past inhabiting actual life conditions but also on the difficulties of obligation and achievements of responsiveness.

“Han's exploration of how care and violence are constructed and lived through multiple levels of debt is thought-provoking, engaging, insightful, thoroughly researched and theoretically nuanced.”—Deborah R. Altamirano Times Higher Education

“Brimming with insights and textures. . . . Han brilliantly, often quite beautifully, fleshes out the intersections between the existential and the economic. . . . This book has much to contribute to the global scholarship on debt, beyond the Chilean and Latin American context.”—Larisa Jasarevic Somatosphere

"In this moving ethnography, Clara Han delivers a devastating and thought-provoking portrait of urban poverty in contemporary Chile."—American Anthropologist

“Life in Debt will become, I predict, one of the classic ethnographies in the anthropological study of state violence, community responses, and the moral life of the global poor. Relating economic and political debt, financial and psychological depression, and caregiving by ordinary people and by social institutions, Clara Han maps our brave new world just about as illuminatingly as it has been done. A remarkable achievement.” -Arthur Kleinman, Harvard University

“In this highly sophisticated take on the ironies of neoliberal social reforms, the corporate sector, consumer culture, and chronic underemployment, nothing can be read literally. Han transforms underclass urban ethnography in Latin America by bringing readers directly into the intimate flow of relationships, experiences, and emotions in family life on the margins of Santiago, Chile." -Kay Warren, Director, Pembroke Center, Brown University.


"People-centered, movingly written, and analytically probing, Life in Debt deals with both the human costs and the changing structures of power driven by contemporary dynamics of neoliberalism. Combining a deep and nuanced understanding of Chile's history with a longitudinal and heart-wrenching field-based knowledge of the everyday travails of the urban poor, Clara Han has crafted an exceptional analysis of human transformations in the face of political violence and economic insecurity." -João Biehl, author of Vita: Life in a Zone of Social Abandonment

"During ten years, Clara Han has gathered fragments of biographies and moments of lives to recreate the experience of Chileans after Pinochet’s dictatorship. Her vivid ethnography plunges into the moral economy of a society entangled between memory and pardon, revealing the ethical work undertaken by those who accept the present without disclaiming the past." -Didier Fassin, Institute for Advanced Study, Princeton, author of Humanitarian Reason 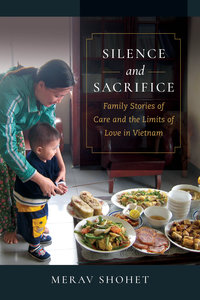 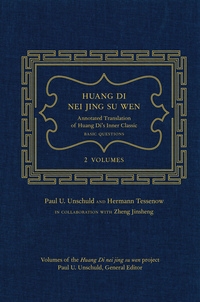 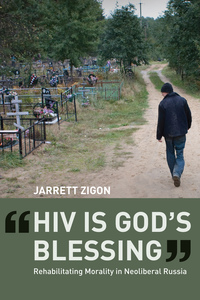