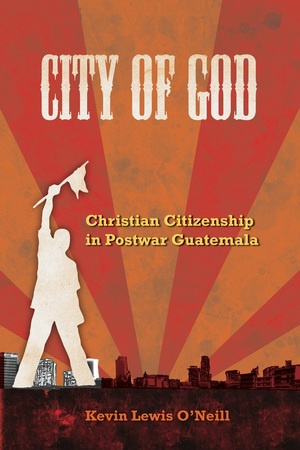 In Guatemala City today, Christianity isn't just a belief system--it is a counterinsurgency. Amidst postwar efforts at democratization, multinational mega-churches have conquered street corners and kitchen tables, guiding the faithful to build a sanctified city brick by brick. Drawing on rich interviews and extensive fieldwork, Kevin Lewis O'Neill tracks the culture and politics of one such church, looking at how neo-Pentecostal Christian practices have become acts of citizenship in a new, politically relevant era for Protestantism. Focusing on everyday practices--praying for Guatemala, speaking in tongues for the soul of the nation, organizing prayer campaigns to combat unprecedented levels of crime--O'Neill finds that Christian citizenship has re-politicized the faithful as they struggle to understand what it means to be a believer in a desperately violent Central American city. Innovative, imaginative, conceptually rich, City of God reaches across disciplinary borders as it illuminates the highly charged, evolving relationship between religion, democracy, and the state in Latin America.

Kevin Lewis O'Neill is Assistant Professor in the University of Toronto's Department and Centre for the Study of Religion and the Centre for Diaspora and Transnational Studies. He is coeditor, with Alex Laban Hinton, of Genocide: Truth, Memory, and Representation.

“Provides a rich perspective on the diversity of Christian conceptualizations of citizenship.”—Missiology

“O’Neill has a fine eye for urban Guatemalan existence.”—David Stoll The Americas

"City of God [is] an important contribution that is provocative, engaging, and challenging all at once."—Anthony Shenoda American Ethnologist

“O’Neill has written a powerful and insightful work which not only illuminates the intimate struggles of a nation under siege, but leads us to ask even more important questions about the current state of Guatemala.”—Canadian Journal Of History

"A significant study of religion and power by a probing and caring anthropologist. Full of surprising insights, City of God is a must-read for anyone concerned with the possibilities and limits of political theology in a volatile 21st century."—João Biehl, author of Vita: Life in a Zone of Social Abandonment

“City of God is a rich and gracefully written ethnography of Pentecostal Christians in today's Guatemala which shows how a disciplined self, constituted in daily devotional activities, is believed to be pertinent not only for individual well-being but the soul of the nation. With its concept of 'Christian citizenship,' it is also a significant theoretical contribution to the anthropology of religion. The book deserves to be read widely by students of anthropology, Central America, Christianity and religion more generally.”—Steve Caton, author of Yemen Chronicle: An Anthropology of War and Mediation


“A groundbreaking ethnography of Christian citizenship and subject formation in the neo-liberal era. O'Neill focuses on what evangelical Christians in Guatemala City actually do, by way of a close study of Church ceremonies, cell group meetings, interviews, direct daily observation and close readings of the voluminous mass-media products. The result is a thoroughly innovative study of the way in which social circumstance and politics are internalized. We will be feeling the aftershocks of the movement that is so sensitively studied in this book for years to come.”—Claudio Lomnitz, author of Death and the Idea of Mexico
Read More >

1. Shouldering the Weight: The Promise of Citizenship
2. Policing the Soul: The Cellular Construction of Christian Citizenship
3. Onward, Christian Soldier: Solitary Responsibility and Spiritual Warfare
4 .The Founding Fathers: The Problem of Fatherhood and the Generational Imagination
5. Hands of Love: Christian Charity and the Place of the Indigenous
6 .Cities of God: International Theologies of Citizenship 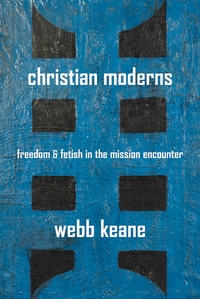