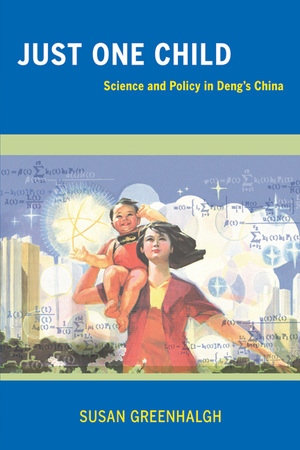 Just One Child Science and Policy in Deng's China

China's one-child rule is unassailably one of the most controversial social policies of all time. In the first book of its kind, Susan Greenhalgh draws on twenty years of research into China's population politics to explain how the leaders of a nation of one billion decided to limit all couples to one child. Focusing on the historic period 1978-80, when China was just reentering the global capitalist system after decades of self-imposed isolation, Greenhalgh documents the extraordinary manner in which a handful of leading aerospace engineers hijacked the population policymaking process and formulated a strategy that treated people like missiles. Just One Child situates these science- and policymaking practices in their broader contexts—the scientization and statisticalization of sociopolitical life—and provides the most detailed and incisive account yet of the origins of the one-child policy.

Susan Greenhalgh is Professor of Anthropology at the University of California, Irvine. She is the coauthor of Governing China's Population: From Leninist to Neoliberal Biopolitics and the author of Under the Medical Gaze: Facts and Fictions of Chronic Pain (UC Press).

“A compelling investigative narrative. . . . Just One Child is a bold, brilliant book that deserves to be read by all those interested in science and technology studies, and not just those who specialize in China or in the human sciences.”—Ruth Rogaski, Vanderbilt University Historical Stds In The Natural Sciences

“Greenhalgh is our most surefooted guide to China’s adventure in mass birth planning . . . . As a study of scientific policy-making in China, Just One Child is without peer.”—Science (AAAS)

“The first step in questioning the one-child policy will be an open and truthful exploration of its origins and history. This book is an admirable leap towards that goal.”—Times Literary Supplement (TLS)

“Greenhalgh finds the missing pieces of the puzzle. . . . Written in a very organized and highly readable style, this book would . . . be of interest to people with a taste for interdisciplinary research methods.”—Signs

"This is a seminal contribution to policy making as a subject of anthropological study. But to say only this would obscure the often gripping and intricate story of Chinese expert politics, where rocket scientists seized the initiative in defining historic demographic policy. Only a master ethnographer like Greenhalgh could capture it all."—George Marcus, author of Ethnography through Thick and Thin


"China's 'one child' policy is often dismissed in the West as the misguided work of an alien civilization with fundamentally flawed conceptions of human rights. Greenhalgh shows how, on the contrary, it was scientific aspirations and a thirst for high-tech rationality, imported from the military to the civilian sphere, that co-produced this particular excess of planning in the post-Mao era. This is not just a devastating critique of Chinese population policy, but a thought-provoking look at the dark side of the politics of science."—Sheila Jasanoff, Harvard University

"'One child.' With those two words, China launched one of the largest political, biological, and social upheavals of modern times. In a remarkably researched and thoughtful book, Susan Greenhalgh approaches this decades-long struggle armed with political science, anthropology, and science studies. The result is a book to be reckoned with in all these disciplines."—Peter L. Galison, Harvard University

"This is a superb work of scholarship, fundamentally altering our knowledge of one of the most important policies ever made in the People's Republic of China, and the ways we go about knowing China. First, it is by far the most detailed study of the origins of one of the most controversial, significant, wide-ranging, and as the study makes clear, least understood decisions of the post-Mao China political system. China's one-child family policy is rarely treated with detachment, and its origins have been obscured. This book is likely to be the definitive study on their origins. Second, the mode of analysis-an ethnography of elite decision-making combined with the science studies literature and elements of theories popular in anthropology and critical studies yields insights political scientists were not likely to have come up when employing the tools of their discipline. The book thus becomes an important case for the use of such modes of analysis in and of themselves, and opens new possibilities in how policy studies in China might be done. Third, beyond the specifics of how the one-child policy came into being and the mode of analysis, the book provides broader contributions on the nature of policy-making, agenda setting, uses of rhetoric, and how elements of the political culture affect the political system in China. The overall book is exemplary in all respects."—David Bachman, University of Washington

1. Introduction: An Anthropology of Science Making and Policymaking 1
2. History: The “Ideology” Before the “Science” 45

6. The Scientific Revolution in Chengdu 193
7. Ally Recruitment in Beijing 232
8. Scientific Policymaking in Zhongnanhai 271
9. Conclusion: Why an Epistemic Approach Matters 307 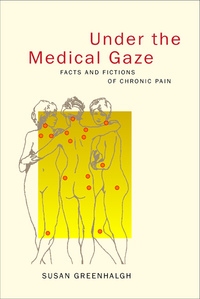 Under the Medical Gaze