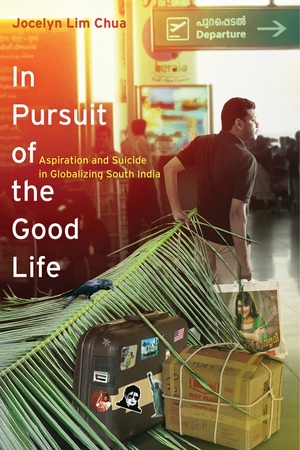 Between the Devil and the Deep Sea

The opening remarks of R. L. Bhatia, the governor of Kerala, were brief but galvanizing. Having set the tone for the seminar on governance and development, the governor proceeded to formally inaugurate the event by lighting the large brass lamp located center stage. Enthusiastic applause erupted from the audience, but it died out awkwardly as the governor struggled to light the last wick on the far side of the lamp. Despite the governor's strained efforts with a rapidly disappearing match, the wick refused again and again to light. A young man eventually entered from stage left, carefully resoaked the wick, and, to the relief of the strained necks in the audience, finally set it alight. With renewed applause, the seminar was now set to begin.

Over the course of three days in December 2005, the national seminar on Kerala's developmental experience attracted politicians, community organizers, scholars, and public officials from around the country to the leafy suburbs of Thiruvananthapuram. Participants were given an ambitious agenda: to discuss new orientations for Kerala's developmental and governmental future. A sense of urgency charged the seminar atmosphere. Many spoke in the dystopic terms of crisis and decline, referencing high suicide rates, the "disease" of consumerism, aimlessness among youth, the moral breakdown of family life, and rising violence against women. A few were more optimistic, configuring the present as a turning point. What kinds of horizons might be imagined at this critical moment in Kerala's history to move the state forward to a brighter future? Could Kerala's former international status as a so-called model of development be recaptured, this time in novel and visionary ways?

Although the seminar's objective was to envision new political futures, the past was what featured most prominently in the opening speeches and discussions that first day. References to Kerala's earlier achievements on the world stage of development were prominent in the welcome speech made by the seminar's chairman. But if "the Kerala of the past" had once been widely praised by Western scholars, that Kerala was no longer, remarked the chairman. The earlier gains of the Kerala model, once celebrated by scholars around the world, were being rapidly undermined by globalization while the developmental horizons that had once delivered the region to international acclaim were rec

Once celebrated as a model development for its progressive social indicators, the southern Indian state of Kerala has earned the new distinction as the nation’s suicide capital, with suicide rates soaring to triple the national average since 1990. Rather than an aberration on the path to development and modernity, Keralites understand this crisis to be the bitter fruit borne of these historical struggles and the aspirational dilemmas they have produced in everyday life. Suicide, therefore, offers a powerful lens onto the experiential and affective dimensions of development and global change in the postcolonial world.

In the long shadow of fear and uncertainty that suicide casts in Kerala, living acquires new meaning and contours. In this powerful ethnography, Jocelyn Chua draws on years of fieldwork to broaden the field of vision beyond suicide as the termination of life, considering how suicide generates new ways of living in these anxious times.

Jocelyn Lim Chua is Assistant Professor of Anthropology at the University of North Carolina at Chapel Hill.

"A timely and important contribution to the emerging anthropological critique of ‘suicide’ as a kind of human behaviour and as an object for social and medical intervention."—Dr. Tom Widger Centre for Medical Humanities

"In this absorbing and moving ethnography of aspiration and the deaths in its midst, Jocelyn Chua takes on the deeply contextual yet starkly human question of what makes life livable. Offering careful insight into what suicide can tell us about the precariousness and disenchantment of modern life, she unpacks the ways suicide undermines, even as it authorizes, triumphal narratives of development. In the process, her deft and incisive account of life, love and medicine in south India portrays not only the stakes of modernity, but the high – and unevenly distributed - stakes of the idea that modernity and aspiration are to blame for suffering."—Sarah Pinto, author of Daughters of Parvati: Women and Madness in Contemporary India

"Chua makes a tragic and compelling case for Kerala’s transformation from a paragon of development into India’s suicide capital. Combining moving explorations of childrearing, labor migration, and clinical intervention with meticulous anthropological scholarship, In Pursuit of the Good Life reveals development as a literally life-and-death matter, provoking both soaring aspirations and fatal disappointments.”—Anand Pandian, associate professor of Anthropology at Johns Hopkins University and author of Crooked Stalks: Cultivating Virtue in South India

PART ONE. The “Problem” of Striving
1 Between the Devil and the Deep Sea
2 Gazing at the Stars, Aiming for the Treetops
3 Tales the Dead Are Made to Tell

PART TWO. On Living in a Time of Suicide
4 Care-full Acts
5 Anywhere but Here
6 Fit for the Future
Afterword