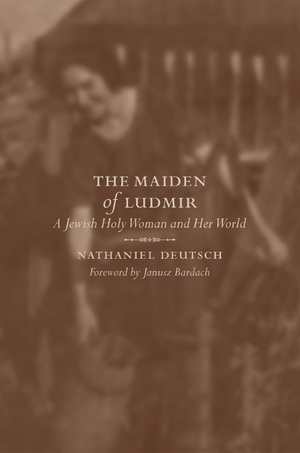 The Maiden of Ludmir A Jewish Holy Woman and Her World

Hannah Rochel Verbermacher, a Hasidic holy woman known as the Maiden of Ludmir, was born in early-nineteenth-century Russia and became famous as the only woman in the three-hundred-year history of Hasidism to function as a rebbe—or charismatic leader—in her own right. Nathaniel Deutsch follows the traces left by the Maiden in both history and legend to fully explore her fascinating story for the first time. The Maiden of Ludmir offers powerful insights into the Jewish mystical tradition, into the Maiden’s place within it, and into the remarkable Jewish community of Ludmir. Her biography ultimately becomes a provocative meditation on the complex relationships between history and memory, Judaism and modernity.

History first finds the Maiden in the eastern European town of Ludmir, venerated by her followers as a master of the Kabbalah, teacher, and visionary, and accused by her detractors of being possessed by a dybbuk, or evil spirit. Deutsch traces the Maiden’s steps from Ludmir to Ottoman Palestine, where she eventually immigrated and re-established herself as a holy woman. While the Maiden’s story—including her adamant refusal to marry—recalls the lives of holy women in other traditions, it also brings to light the largely unwritten history of early-modern Jewish women. To this day, her transgressive behavior, a challenge to traditional Jewish views of gender and sexuality, continues to inspire debate and, sometimes, censorship within the Jewish community.

Nathaniel Deutsch is Professor of Literature and History at the University
of California, Santa Cruz. He is the author of Guardians of the Gate: Angelic Vice Regency in Late Antiquity (1999) and The Gnostic Imagination: Gnosticism, Mandaeism, and Merkabah Mysticism (1995), and the coeditor with Y. Chireau, of Black Zion: African American Religious Encounters with Judaism (2000).

"Deutsch moves painlessly through a conglomerate of oral and written evidence, pausing to make a point or to give background material, and always returnign to the subject at hand. He has produced an impressive biographical/religio-sociological study."—Z. Garber Choice

“The Maiden of Ludmir is a scholarly work that reads like a novel. The author offers new insight into the life of a singular Jewish woman who had the courage to embrace the life of the intellect.”—Gloria Goldreich Hadassah Magazine

"The first book-length account of one of the most fascinating figures in modern Jewish history. With invigorating prose, The Maiden of Ludmir makes the world of 19th-century Europe come alive. Deutsch is a fascinating, sophisticated, and rare combination of social historian and cultural critic. "—Elliot Wolfson, Abraham Lieberman Professor of Jewish Mysticism and Philosophy, New York University.

"A beautifully written and moving study of a woman who stood alone as a spiritual leader, breaking the bounds of women’s spirituality and gender roles to assume the position of a male zaddik, Hasidic leader. Deutsch’s own journey to Ludmir lends a unique and charming voice to this compelling story."—David Biale, author of Power and Powerlessness in Jewish History.

Introduction: Ansky Visits Ludmir
1. A Dybbuk Trilogy, or How the Maiden of Ludmir Became a Literary Figure
2. Writing the Maiden
3. Afterlives: Remembering the Maiden
4. The Curse, the Cossacks, and the Messiah: Ludmir Before the Maiden
5. Birth and Childhood
6. Love and Death
[Illustration section]
7. The Maiden Possessed
8. False Male and Woman Rebbe?
9. The Witch-hunt in Ludmir
10. The Wedding and Its Aftermath
11. In the Holy Land
Conclusion: Tracing the Maiden
Afterword: Journey to Ludmir 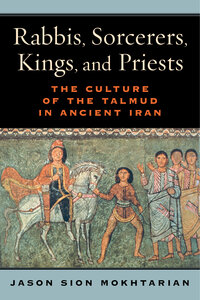