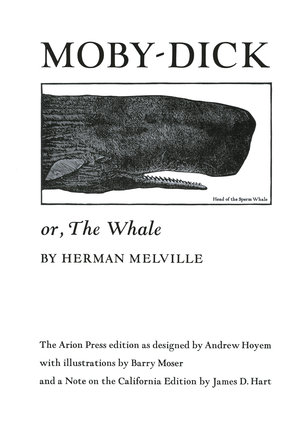 Moby Dick or, The Whale

This trade edition of Moby-Dick is a reduced version of the Arion Press Moby-Dick, which was published in 1979 in a limited edition of 250 copies and has been hailed as a modern masterpiece of bookmaking. It was hand set under the supervision of one of America's finest book designers and printers. The initial letters that begin each chapter were designed especially for this book and christened "Leviathan." The illustrations, of places, creatures, objects or tools, and processes connected with nineteenth-century whaling, are original boxwood engravings by Massachusetts artist Barry Moser. The text of Moby-Dick used in this edition is based on that used in the critical edition of Melville's works published by the Northwestern University Press and the Newberry Library.

This reduced version is smaller in size than the Arion edition and the California deluxe edition, but it includes all of the original pages and illustrations. It is printed in black only throughout, and it is not slipcased.

"Andrew Hoyem’s Arion Press edition of Moby Dick, published in San Francisco in 1979, in an edition of 265 total copies, is considered one of the two or three greatest American fine press books ever. . . .a trade edition published by University of California Press retains the look of the type and the illustrations, done in woodcut by Barry Moser."—The New Antiquarian

"A great American edition with features more diverse than those in any previous edition of Melville's classic."—Stuart C. Sherman, Fine Print

CHAPTER I Loomings
2 The Carpet Bag
3 The Spouter-Inn
4 The Counterpane
5 Breakfast
6 The Street
7 The Chapel
8 The Pulpit
9 The Sermon
1O A Bosom Friend
II Nightgown
I2 Biographical
I3 Wheelbarrow
I4 Nantucket
IS Chowder
I6 The Ship
I7 The Ramadan
I8 His Mark
I9 The Prophet
20 All Astir
2I Going Aboard
22 Merry Christmas
23 The Lee Shore
24 The Advocate
25 Postscript
26 Knights and Squires
27 Knights and Squires
28 Ahab
29 Enter Ahab; to him, Stubb
30 The Pipe
3I Queen Mab
32 Cetology
33 The Specksynder
34 The Cabin Table
35 The Mast-Head
36 The Quarter-Deck · Ahab and all
37 Sunset
38 Dusk
39 First Night-Watch
40 Forecastle-Midnight
41 Moby Dick
42 The Whiteness of the Whale
43 Hark!
44 The Chart
45 The Affidavit
46 Surmises
47 The Mat-Maker
48 The First Lowering
49 The Hyena
50 Ahab's Boat and Crew-Fedallah
51 The Spirit-Spout
52 The Pequod meets the Albatross
53 The Gam
54 The Town Ho's Story
55 Monstrous Pictures of Whales
56 Less Erroneous Pictures of Whales
57 Of Whales in Paint, in Teeth, &c.
58 Brit
59 Squid
6o The Line
61 Stubb kills a Whale
62 The Dart
63 The Crotch
64 Stubb's Supper
65 The Whale as a Dish
66 The Shark Massacre
67 Cutting In
68 The Blanket
69 The Funeral
70 The Sphynx
71 The Pequod meets the Jeroboam ·Her Story
72 The Monkey-rope
73 Stubb and Flask kill a Right Whale
74 The Sperm Whale's Head
75 The Right Whale's Head
76 The Battering Ram
77 The great Heidelburgh Tun
78 Cistern and Buckets
79 The Prairie
8o The Nut
8I The Pequod meets the Virgin
82 The Honor and glory of Whaling
83 Jonah Historically Regarded
84 Pitch poling
85 The Fountain
86 The Tail
87 The Grand Armada
88 Schools & Schoolmasters
89 Fast Fish and Loose Fish
90 Heads or Tails
91 The Pequod meets the Rose Bud
92 Ambergris
93 The Castaway
94 A Squeeze of the Hand
95 The Cassock
96 The Try-Works
97 The Lamp
98 Stowing Down & Clearing Up
99 The Doubloon
IOO The Pequod meets the Samuel Enderby of London
IOI The Decanter
I02 A Bower in the Arsacides
I03 Measurement of the Whale's Skeleton
I04 The Fossil Whale
I05 Does the Whale Diminish?
I06 Ahab's Leg
I07 The Carpenter
I08 The Deck · Ahab and the Carpenter
109 The Cabin · Ahab and Starbuck
IIO Queequeg in his Coffin
III The Pacific
II2 The Blacksmith
Il3 The Forge
114 The Gilder
II5 The Pequod meets the Bachelor
II6 The Dying Whale
II7 The Whale-Watch
II8 The Quadrant
II9 The Candles
I20 The Deck
121 Midnight, on the Forecastle
I22 Midnight, Aloft
I23 The Musket
I24 The Needle
I25 The Log and Line
I26 The Life, Buoy
127 Ahab and the Carpenter
I28 The Pequod meets the Rachel
129 The Cabin· Ahab and Pip
130 The Hat
I31 The Pequod meets the Delight
I32 The Symphony
I33 The Chase · First Day
I34 The Chase · Second Day
I35 The Chase · Third Day
EPILOGUE 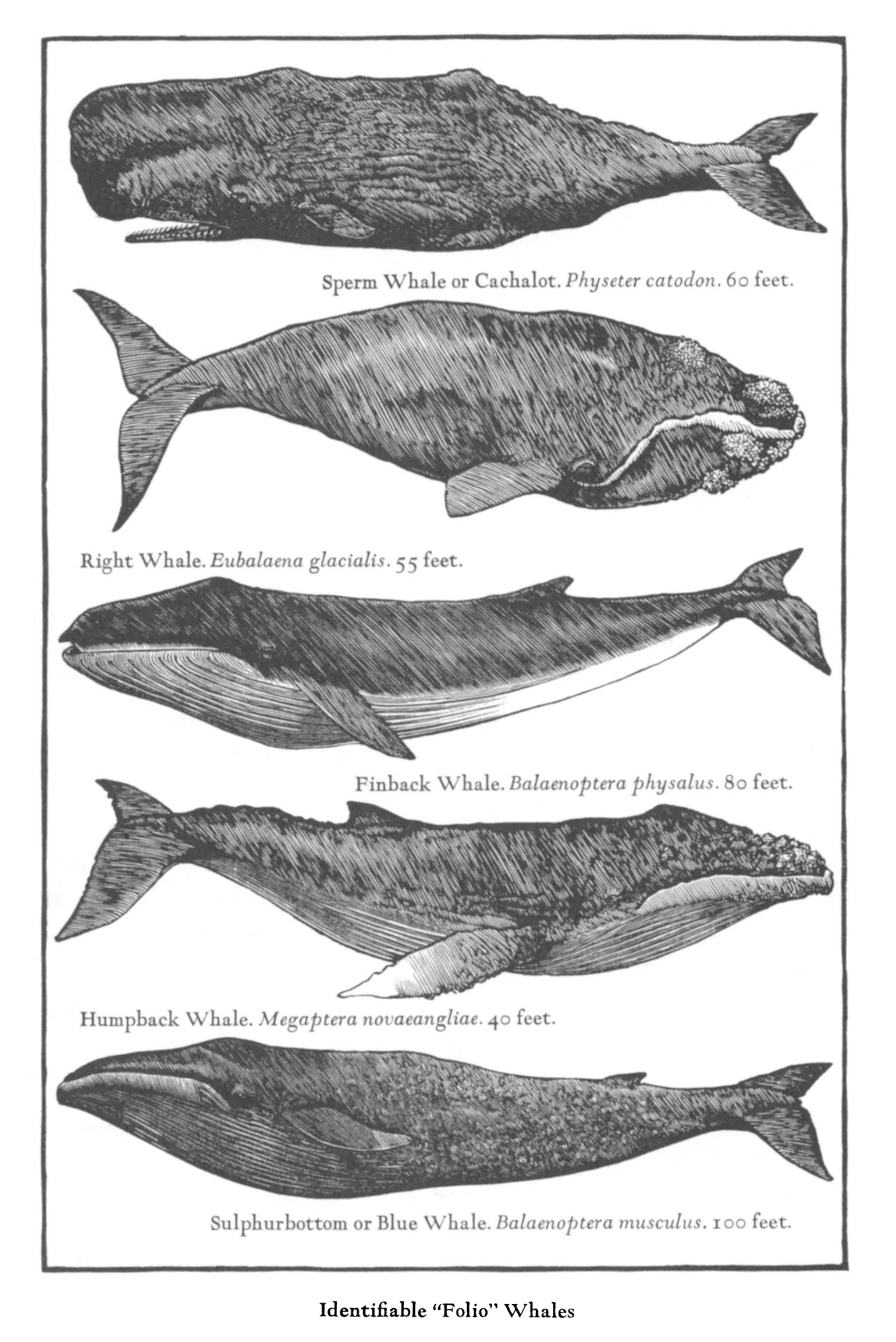