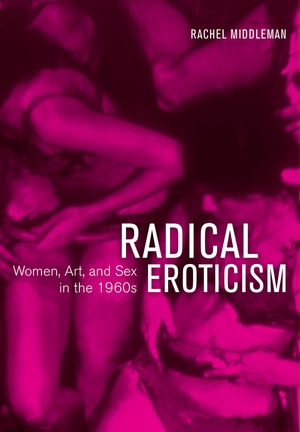 Radical Eroticism Women, Art, and Sex in the 1960s

Celebrations of Women and Art throughout History

UC Press has a long legacy of publishing groundbreaking books on women artists throughout history, including our updated edition of The Sculpture of Ruth Asawa; Consuming Stories, a provocative examination of Kara …

This weekend marks the one year anniversary of the largest single day protest in US history—the Women’s March—when on January 21, 2017, 4.2 million people marched across the US in more than 600 US cities, …

“Traversing movements from Happenings to Pop to Postminimalism, Radical Eroticism demonstrates how compelling and contentious a topic eroticism was during the pivotal decade of the 1960s. With detailed discussions of the bold ways that heterosexual women artists foregrounded their sexuality as confrontational, critical, and political, Radical Eroticism makes an important contribution to the literature on Sixties art and adds to the revisions of its history that locate sex and gender as defining characteristics of the decade.”—David J. Getsy, Goldabelle McComb Finn Distinguished Professor of Art History, School of the Art Institute of Chicago