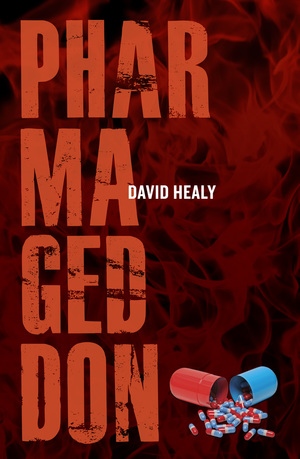 They Used to Call It Medicine

The careers of Alfred Worcester (1855-1951) and Richard Cabot (1868-1939) in Boston spanned the formative years of modern medicine. Worcester's medical training in the late nineteenth century included repeated visits to the homes of the sick and dying as a doctor's apprentice, whereas students of Cabot in the early twentieth century were trained in the new sciences basic to medicine, like bacteriology, and rarely got to meet the same patient more than once. Second-year medical students of 1912 knew more about diseases than the doctors of his generation ever did, Worcester conceded, but he argued that at the end of the day an exquisite knowledge of disease mechanisms was more likely to tell a doctor what his patients had died from rather than how to help them live or die. Older doctors, while not ignoring what they understood of disease processes, knew vastly more than their younger colleagues about human helplessness and were comfortable managing it. "It is when dealing with the mysteries of life that science fails the modern doctor," Worcester said.1

Bemoaning a recent shift in Harvard that saw pharmacology now taught by someone who had never engaged in medical practice, Worcester noted that "in the modern medical schools science is enthroned. Carried away by the brilliance of etiological discoveries, the whole strength of the school is devoted to the study of disease. The art of medical practice is not taught; even its existence is hardly recognized."2 "Little wonder is it," he went on, that people "turn to the Christian Scientists, or other charlatans who, either in their absurd denial of the existence of disease or for mercenary reasons, at least leave some hope in the sick room."

Worcester's words have an uncomfortable ring of truth. But while we undoubtedly hope our doctor will be "old school," few if any of us are prepared to give up the benefits science has brought to medicine over the past century. Aware of the hazards of a narrowly "medical" approach, many medical schools, Harvard in particular, attempt to ensure that students realize an illness is but an episode in their patient's lives.3 But despite these efforts, clinical practice still seems to be degenerating.

Patients treated by Worcester might have seen him with an apprentice in tow or when they went to see Cabot at Massachusetts General they could well have encountered medical students sitting in on the visit. But now the pharmaceutical industry has been able to persuade doctors to allow trainee drug reps to sit in on clinics-recently illustrated in the movie Love and Other Drugs. For example, as part of her training as a sales representative, Jeanette got to sit in with Dr. N on a "medication management clinic." Dr. N is the fictional name for a real doctor-a high-volume prescriber of drugs-who is the subject of a research project looking at modern clinical practice.4 Jeanette was struck by the amount of paperwork he had to fill out on each patient-charts tracking both the doctor's and patient's perceptions of whether a drug was working and whether any side effects were apparent. He was so busy filling out the forms that he barely looked up during his 10- to 15minute sessions with patients.

One day, a middle-aged man came in, and while Dr. N completed the paperwork for the previous patient, Jeanette engaged him. He seemed to be in a good mood considering he was in a wheelchair and recently had had both legs amputated because of vascular problems. Dr. N began to ask the usual questions, ticking boxes as he went.

Finally, the patient interrupted: "Look at me, Dr. Do you notice anything different about me?" He repeated this several times until Dr. N looked up and focused directly on the man, while pushing his glasses up with his thumb. He stared at the patient for several seconds and finally said, "No, I don't notice anything different, what's up?" The patient smiled and said excitedly, "I got my legs cut off since that last time you saw me!" Dr. N steered the conversation back to the patient's medication, and the session ended a few minutes later.

While this neglect may have been extreme even for the fictional Dr. N, many of us face something similar when we visit our doctors today; even the best seem to spend an increasing proportion of their time looking at computer screens rather than at us. While Cabot was more committed to the latest science than Worcester, there is little doubt that he would have been as appalled at this as Worcester might have been. There is moreover no reason to believe that an embrace of science should lead to such degradation of medical practice. The case of Dr. N, comically extreme as it is, puts in stark relief a type of medical practice encouraged by the dominant forces in healthcare today.

This book sets out to explain how we have come to a situation where a Dr. N can not just exist but may become something of the norm in the near future. As a first step we need to outline two histories, one a relatively traditional history of medicine's relation to drugs culminating with the emergence of a set of truly effective magic-bullet treatments in the middle years of the twentieth century and the other a history of marketing that starts in the late nineteenth century. These two histories initially have little in common but in recent years, as we shall show, medicine seems to have become the home of the most sophisticated marketing on earth. The transformation is undeniable but if we wish to change things it is not sufficient to simply assert there has been a transformation-we need to pinpoint the mechanisms driving the change.

From Medicine to Marketing

In a 1951 ad featuring American soldiers at war, the pharmaceutical company Eli Lilly outlined the contribution it and other companies were making to the United States:

A record of American Achievement. Thousands of Americans and of our allies too, are alive today because of the lifesaving gains made in World War II. The mortality rate of our own wounded dropped to the lowest level in the history of any army in the world. This was accomplished through better methods and techniques of medical care and especially through the use of new and improved pharmaceuticals. Tremendous quantities of penicillin, anesthetic agents, sulfonamides and processed blood were quickly supplied by such manufacturers as Eli Lilly and Company. The rewards of free enterprise had built an American industry large enough to do the job.5

Ironically, most of the treatments mentioned in this ad were produced not through free enterprise but through government funding or by the prewar German pharmaceutical industry cartel IG Farben. During the 1950s and 1960s, Czechoslovakia, then part of the Soviet bloc, produced more new drugs per capita than any other country. Nevertheless, capitalism and free markets at some level "work." Everyone now recognizes this. And, given a choice between a system that produces the best hi-tech healthcare in the world and contributes to the development of breakthrough drugs but is run as a business or a system that isn't run as a business, puts a pre

This searing indictment, David Healy’s most comprehensive and forceful argument against the pharmaceuticalization of medicine, tackles problems in health care that are leading to a growing number of deaths and disabilities. Healy, who was the first to draw attention to the now well-publicized suicide-inducing side effects of many anti-depressants, attributes our current state of affairs to three key factors: product rather than process patents on drugs, the classification of certain drugs as prescription-only, and industry-controlled drug trials. These developments have tied the survival of pharmaceutical companies to the development of blockbuster drugs, so that they must overhype benefits and deny real hazards. Healy further explains why these trends have basically ended the possibility of universal health care in the United States and elsewhere around the world. He concludes with suggestions for reform of our currently corrupted evidence-based medical system.

David Healy is Professor of Psychiatry at Cardiff University in Britain and a former Secretary of the British Association for Psychopharmacology. He is the author of books including Let Them Eat Prozac: The Unhealthy Relationship Between the Pharmaceutical Industry and Depression, The Antidepressant Era, and Mania: A Short History of Bipolar Disorder.

“Healy’s contrarian streak and sharpness make this a disturbing, well-documented indictment that echoes many others in recent years, and one worth heeding.”—Publishers Weekly

“Powerful. . . . Healy exposes the secrets that enable drug companies to circumvent protections. . . . And he also offers a solution.”—Human Givens

"This meticulously documented book makes extraordinary claims with far-reaching intellectual and practical ramifications. It is the most powerful critique of the contemporary medical-industrial complex that I know."—Andrew T. Scull, author of Hysteria and Madness: A Very Short Introduction

“This book shines a bright light on the pharmaceutical industry (and American healthcare) in the same way that Silent Spring called out the chemical industry and Unsafe at Any Speed called out the automobile industry. Pharmageddon is Healy's most important book to date. It will make a real contribution toward healing our sick system of pharmaceutical-driven medicine and helping doctors provide better care for their patients.”--Elizabeth Siegel Watkins, author of The Estrogen Elixir and On the Pill

“In this startling book, David Healy argues that 'evidence-based' medicine—and a healthy dose of corrupt science—has led modern medicine off a cliff. His book is provocative, challenging, and informative, and ultimately it serves as a powerful manifesto for rethinking modern medicine.”--Robert Whitaker, author of Anatomy of an Epidemic: Magic Bullets, Psychiatric Drugs, and the Astonishing Rise of Mental Illness in America


"Like a good detective story, Pharmageddon weaves together the history of modern medicine, the evolution of clinical trials and statistical analyses, changes in international patent laws, privatization of clinical research, blurring of the line between academics and industry, and the enabling role of medical journals. If you want to learn how to protect yourself (or your patients) from medical commercialism and how medical practice can be re-directed back toward its true mission, this book is a must read."—John Abramson, author of Overdosed America
Read More >

Introduction
1. They Used to Call It Medicine
2. Medicine and the Marketers
3. Follow the Evidence
4. Doctoring the Data
5. Trussed in Guidelines
6. The Mismeasurement of Medicine
7. The Eclipse of Care
8. Pharmageddon 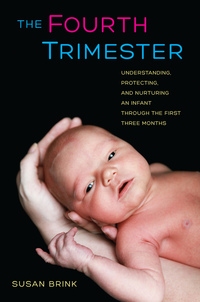 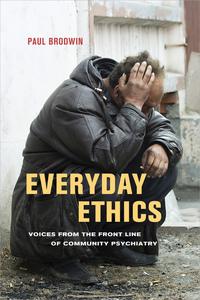 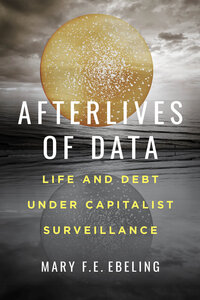 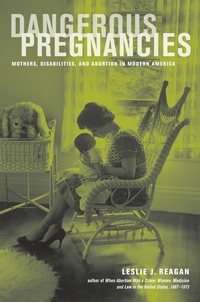 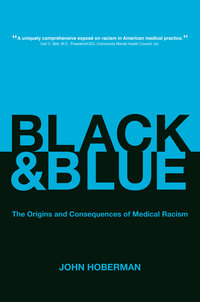