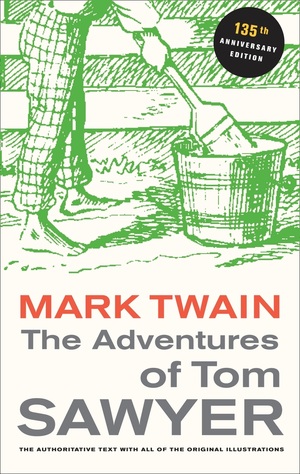 This is Mark Twain's first novel about Tom Sawyer and Huckleberry Finn, and it has become one of the world's best-loved books. It is a fond reminiscence of life in Hannibal, Missouri, an evocation of Mark Twain's own boyhood along the banks of the Mississippi during the 1840s. "Most of the adventures recorded in this book really occurred," he tells us. The Mark Twain Library edition contains the only text since the first edition (1876) to be based directly on the author's manuscript and to include all of the "200 rattling pictures' Mark Twain commissioned from one of his favorite illustrators, True W. Williams. This landmark anniversary edition contains a selection of original documents by Mark Twain, including several letters in his inimitable voice about writing Tom Sawyer and about its original publication.

The Mark Twain Project, composed of seven editors, is a major editorial and publishing program of The Bancroft Library at the University of California, Berkeley.

"The University of California Press has presented everything needed to understand Twain and his works. It has made him the most accessible of major American writers, the most thoroughly documented."—Chicago Sun-Times

"The Mark Twain Project looms over the landscape of literary scholarship like Mount Everest."—San Francisco Chronicle