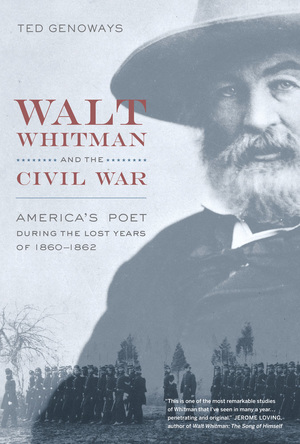 Shortly after the third edition of Leaves of Grass was published, in 1860, Walt Whitman seemed to drop off the literary map, not to emerge again until his brother George was wounded at Fredericksburg two and a half years later. Past critics have tended to read this silence as evidence of Whitman's indifference to the Civil War during its critical early months. In this penetrating, original, and beautifully written book, Ted Genoways reconstructs those forgotten years—locating Whitman directly through unpublished letters and never-before-seen manuscripts, as well as mapping his associations through rare period newspapers and magazines in which he published. Genoways's account fills a major gap in Whitman's biography and debunks the myth that Whitman was unaffected by the country's march to war. Instead, Walt Whitman and the Civil War reveals the poet's active participation in the early Civil War period and elucidates his shock at the horrors of war months before his legendary journey to Fredericksburg, correcting in part the poet's famous assertion that the "real war will never get in the books."

“Genoways' account fills in a major gap in previous biographies of Whitman and rebuts the canard that Whitman was unaffected by the war and the run-up to it.”—Jay Strafford Richmond Times-Dispatch

“Paints a vivid picture of an evolving America reacting to an internal conflict that virtually no one was prepared to address.”—Foreword

“This compelling narrative will change the interpretation of Whitman and this time period. . . . Highly recommended.”—Choice

"This is one of the most remarkable studies of Whitman that I've seen in many a year...penetrating and original."—Jerome Loving, author of Walt Whitman: the Song of Himself and The Last Titan: A Life of Theodore Dreiser

"This lovely portrait of Walt Whitman's life as the nation slid into the Civil War is a subtle and intricate gift. Ingeniously reconstructing a lost historical record, Genoways rescues a crucial period in the life of our greatest poet. In the process, he illuminates these mysterious years of the nation's past."—Edward L. Ayers, author of In the Presence of Mine Enemies: Civil War in the Heart of America


"Walt Whitman and the Civil War strikes an admirable balance between scholarly research and narrative drama. Genoways has delivered an exciting literary history of America at war with herself and has positioned at the nation's very center the century's greatest poet."—Billy Collins

"Sherlock Holmes could not have done better. Ted Genoways has traced and documented—in poems and articles, published and unpublished (rejected, actually!)—Walt Whitman's 'lost' years, the years when the man who eventually heard America singing found his own voice and not incidentally transformed himself from Walter to Walt, even as the country marched to war. An unsentimental, yet eloquent (and definitively footnoted) detective story/homage."—Victor Navasky, Chairman, The Columbia Journalism Review and former Editor and Publisher, The Nation

"Debunking the myth that Whitman was unaffected by America's march to war in 1860—and armed with fresh discoveries and new letters—Ted Genoways illuminates the tumultuous two-year period in the life of America and its beloved bard. With its graceful prose and serious scholarship, Walt Whitman and the Civil War is a must-read for Whitman enthusiasts—and everyone else."—Brenda Wineapple, author of White Heat: The Friendship of Emily Dickinson and Thomas Wentworth Higginson

Chapter 1 The Red-Hot Fellows of Those Times

Chapter 2 The Representative Man of the North

Chapter 3 The Volcanic Upheaval of the Nation

Chapter 4 War-Suggesting Trumpets, I Heard You

Chapter 5 Dead and Divine, and Brother of All 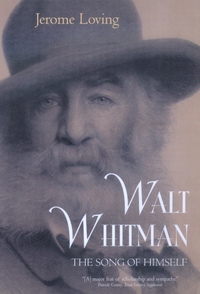