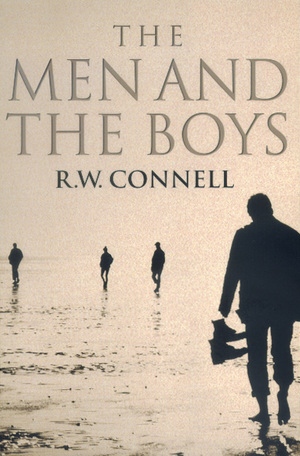 The Men and the Boys

Questions about men and boys have aroused remarkable media attention and public interest in recent years. But what have we learned about masculinity, and where is our thinking on the subject headed? In this important book, R. W. Connell continues her pioneering work by taking the next step in understanding the dynamics of contemporary masculinity: incorporating the international dimension. The first sustained discussion of masculinity and globalization, The Men and the Boys links cutting-edge theory with fascinating case studies to point us toward change—in scholarship and public policy as well as in the lives of individual men.

This powerful book looks at a range of intriguing and controversial subjects, including the question of sex between men, men's bodies and health, education, the prevention of violence, and much more. It includes the voices of many men, both straight and gay, in a series of vivid life histories that include a compelling account of "iron man" Steve Donoghue and many others who describe coming to terms with their sexuality, their childhoods, and their experiences at school and work. As she reveals the price men and boys across cultures pay for patriarchy, Connell makes a persuasive case for men to change their conduct in order to create a more cooperative and peaceful world.

R. W. Connell is Professor of Education at the University of Sydney in Australia. She is author of Masculinities (California, 1996), as well as fifteen other books.

“Connell is one of the pioneers of the study of global masculinities. . . .Connell’s book is a call to (dis)arm, a masterful analysis of the current state of gender intolerance, and a practical handbook for reform that should interest men and women alike.”—Robert A. Nye, Oregon State University Signs: Journal Of Women In Culture & Society

"This book breaks new ground and expands the discourse on masculinities. Connell is an energetic scholar whose eclectic internationalist, sociological, historical, and even psychoanalytic perspectives are important to hear. Probably no other scholar writing on masculinity has such a broad grasp."—Tim Beneke, author of Proving Manhood

"Connell has provided a much needed nudge to current scholarship on masculinities by showing the way toward larger global theorization. The Men and the Boys is an outstanding work that will be very well received."—Michael A. Messner, University of Southern California

"Bob Connell is arguably the most influential male social scientist writing about masculinities today. And this colection of essays shows him in top form. Connell is a most adept theorist who can synthesize micro and macro, structural and personal, individual bodies and the body social, and, even more ambitiously, the global and—literally!—the microbial. This is a truly important book."— Michael Kimmel, author of Manhood in America and The Gendered Society


"Bob Connell is the most fertile, astute and influential analyst of the myriad and messy meanings of masculinities on the planet. The Men and the Boys boldly extends the scope, depth and power of the foundational work he laid in Masculinities to address the most urgent and difficult questions about global gender and injustice of our time. Dare I label it a heroic work?"—Judith Stacey, author of Brave New Families
Read More >

1 Debates about men, new research on
masculinities
Issues about men and boys
The new social research on masculinity
Key conclusions of recent research

5 An iron man
Being a champion
Soft path, hard goal
The body and the self
Wanting to win: The ideology of competitive sport
Reflections

6 'I threw it like a girl': Some difficulties with
male bodies
Looking at jelly: Adam Singer
Burning up the body: Tip Southern
Reflections

8 Cool guys, swots and wimps
Getting into trouble
Knowing where you stand
Over the hump
Dry sciences
Reading feminism
Reflections

9 Teaching the boys
Schools and gender
Schools as agents in the making of masculinities
Pupils as agents, school as setting
Educational strategies in work with boys
The process of change

11 The politics of change in masculinity
The historical moment
Men's interests
Purposes
A men's movement?

12 Arms and the man: The question of peace
Why war?
The problem of men and violence
Implications of masculinity research
Global patterns
Peace strategies and masculinities 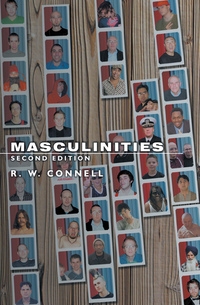