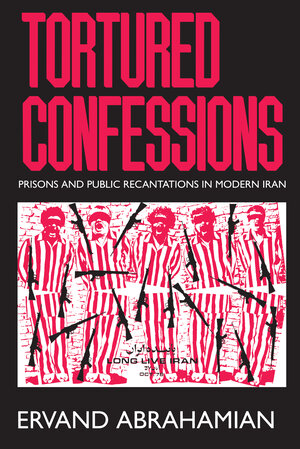 The role of torture in recent Iranian politics is the subject of Ervand Abrahamian's important and disturbing book. Although Iran officially banned torture in the early twentieth century, Abrahamian provides documentation of its use under the Shahs and of the widespread utilization of torture and public confession under the Islamic Republican governments. His study is based on an extensive body of material, including Amnesty International reports, prison literature, and victims' accounts that together give the book a chilling immediacy.

According to human rights organizations, Iran has been at the forefront of countries using systematic physical torture in recent years, especially for political prisoners. Is the government's goal to ensure social discipline? To obtain information? Neither seem likely, because torture is kept secret and victims are brutalized until something other than information is obtained: a public confession and ideological recantation. For the victim, whose honor, reputation, and self-respect are destroyed, the act is a form of suicide.

In Iran a subject's "voluntary confession" reaches a huge audience via television. The accessibility of television and use of videotape have made such confessions a primary propaganda tool, says Abrahamian, and because torture is hidden from the public, the victim's confession appears to be self-motivated, increasing its value to the authorities.

Abrahamian compares Iran's public recantations to campaigns in Maoist China, Stalinist Russia, and the religious inquisitions of early modern Europe, citing the eerie resemblance in format, language, and imagery. Designed to win the hearts and minds of the masses, such public confessions—now enhanced by technology—continue as a means to legitimize those in power and to demonize "the enemy."

Ervand Abrahamian is Professor of History at Baruch College, City University of New York. His publications include Khomeinism: Essays on the Islamic Republic (California, 1993).

"Ervand Abrahamian's cogent and engrossing history of imprisonment and resistance, drawing on a wealth of prisoner literature and testimony, chronicles the continuities and ruptures of modern Iran from the vantage points of its shackled dissidents. Readers will encounter some extraordinarily heroic men and women in this account of how Iran came to practice the techniques of ideological discipline and punishment characteristic of Inquisition Spain and Stalin's Soviet Union. Abrahamian shows how the government's mass media production of forced recantations backfired by prompting Iranians to confront the mass-scale torture used to extract them and to ask what kind of state would inflict these horrors on its citizens."—Joe Stork, Advocacy Director, Human Rights Watch, Middle East and North Africa Division 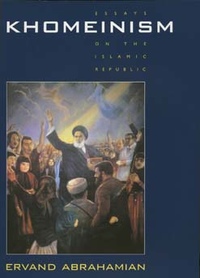