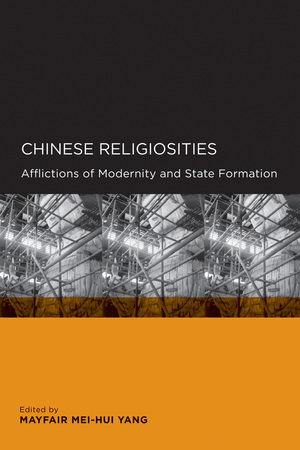 The long twentieth century in China and Taiwan has seen both a dramatic process of state-driven secularization and modernization and a vigorous revival of contemporary religious life. Chinese Religiosities explores the often vexed relationship between the modern Chinese state and religious practice. The essays in this comprehensive, multidisciplinary collection cover a wide range of traditions, including Buddhism, Daoism, Islam, Confucianism, Protestantism, Falungong, popular religion, and redemptive societies.

"Extraordinarily timely and useful. As China emerges as an economic and political world power that seems to have done away with religion, in fact it is witnessing a religious revival. The thoughtful essays in this book show both the historical conflicts between state authorities and religious movements and the contemporary encounters that are shaping China's future. I am aware of no other book that covers so much ground and can be used so well as an introduction to this important field." —Peter van der Veer, University of Utrecht