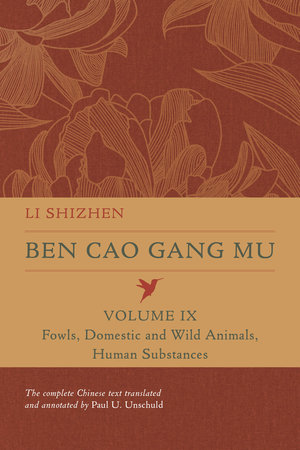 Volume IX in the Ben cao gang mu series offers a complete translation of chapters 47 through 52, devoted to fowls, domestic and wild animals, and human substances.