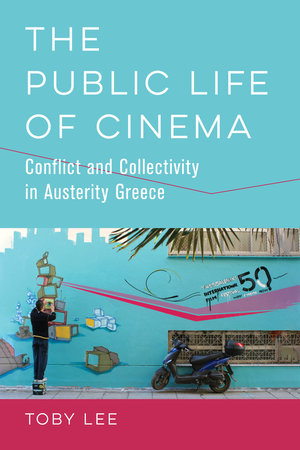 The Public Life of Cinema Conflict and Collectivity in Austerity Greece

Is culture a luxury? In this era of austerity, the value of the arts has been a topic of heated debate in Greece, where the country’s economic troubles have led to drastic cuts in public funding and much contention over the significance of cultural institutions and government-funded arts initiatives. At issue in these debates are larger questions regarding the very notions of publicness, hierarchies of value, and functions of the state that structure collective life. Beginning with the Thessaloniki International Film Festival, The Public Life of Cinema tracks this turbulence as it unfolded in the Greek film world in the early years of the crisis. Investigating the different forms of citizenship and collectivity being negotiated in cinema’s social spaces, this book considers how the arts and cultural production may illuminate the changing conditions of, and possibilities for, public and collective life in the neoliberal era.

Toby Lee is Associate Professor in the Department of Cinema Studies at New York University.

"The value of Lee’s book lies in her conceptualization of an agonistic public life in which the arts, including cinema, act as catalysts for a dissenting collectivity, and in the hope she offers for possibilities of resistance despite the ongoing expansion of economic logic into all aspects of life."

"This book is unique in its emphasis on the film festival as a 'public thing' that not only convenes publics but generates debate about how ideally to be a public and what the nature of public-ness is. It is also a timely look at cultural production in a hotspot of political and economic turmoil over neoliberal austerity."—Karen Strassler, author of Demanding Images: Democracy, Mediation, and the Image-Event in Indonesia

"The central concerns of the book—What is public culture? Is there a role for the arts at times of crisis? What may arise from conflict?—will speak to anyone interested in the fate of the cultural field at times of neoliberal governance."—Marijke de Valck, cofounder of the Film Festival Research Network and coeditor of the book Art and Activism in the Age of Systemic Crisis: Aesthetic Resilience

Introduction: "Is Culture a Luxury?"
1. Locating the Festival
2. Forms of Publicness
3. Histories of Conflict and Collectivity
4. Dissensus and Its Limits
5. The Value of Mereness