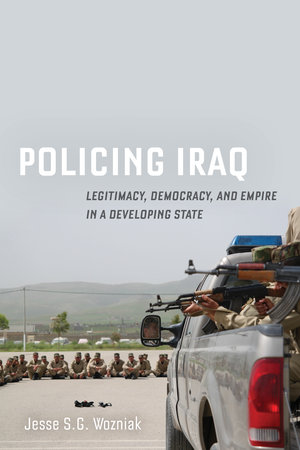 Policing Iraq Legitimacy, Democracy, and Empire in a Developing State

Policing Iraq chronicles the efforts of the Kurdistan Regional Government (KRG) of Iraq to rebuild their police force and criminal justice system in the wake of the US invasion. Jesse S. G. Wozniak conducted extensive ethnographic research during multiple stays in the KRG, observing such signpost moments as the Arab Spring, the official withdrawal of coalition forces, the rise of the Islamic State, and the return of US forces. By investigating the day-to-day reality of reconstructing a police force during active hostilities, Wozniak demonstrates how police are integral to the modern state’s ability to effectively rule, and how the failure to recognize this directly contributed to the destabilization of Iraq and the rise of the Islamic State. The reconstruction process ignored established practices and scientific knowledge, instead opting to create a facade of legitimacy masking a force defined by low pay, poor recruits, and a training regimen wholly unsuited to a constitutional democracy. Ultimately, Wozniak argues, the United States never intended to build a democratic state, but rather a dependent client to serve its neo-imperial interests.