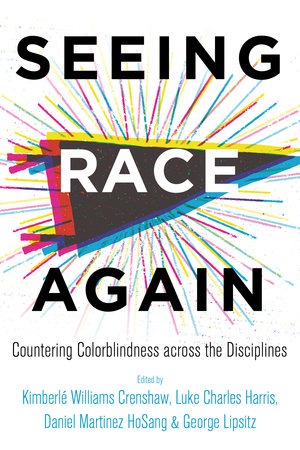 This book challenges scholars and students to see race again. Examining the racial histories and colorblindness in fields as diverse as social psychology, the law, musicology, literary studies, sociology, and gender studies, Seeing Race Again documents the profoundly contradictory role of the academy in constructing, naturalizing, and reproducing racial hierarchy. It shows how colorblindness compromises the capacity of disciplines to effectively respond to the wide set of contemporary political, economic, and social crises marking public life today.

Countering Colorblindness across the Disciplines: An Excerpt from Seeing Race Again

Every academic discipline has an origin story complicit with white supremacy. Racial hierarchy and colonialism structured the very foundations of most disciplines’ research and teaching paradigms. In the early twentieth century, the …

Kimberlé Williams Crenshaw is Professor of Law at University of California, Los Angeles, and Columbia University.

George Lipsitz is Professor of Sociology and Black Studies at the University of California, Santa Barbara.

"Edited by some of the leading race studies scholars—Kimberle´ Williams Crenshaw, Luke Charles Harris, Daniel Martinez HoSang, and George Lipsitz—this collection of essays clearly outlines how the history of contemporary knowledge production and scholarship has a foundation in racially biased disciplinary frameworks, research methodologies, and pedagogical strategies. . . . these essays serve as a guide for all academics."—CHOICE

“A powerful compendium on the discourse of colorblindness shaping American society, which forcefully demonstrates that it is not a change of heart but an epistemic shift in a long racial project. Seeing Race Again assembles an impressive array of scholars from diverse academic locations who represent leading and emergent voices in the study of race.”—Roderick A. Ferguson, author of The Reorder of Things: The University and Its Pedagogies of Minority Difference

“Structural white domination shapes social cognition not merely at the individual level but within the supposedly objective academy. But yesterday’s overt racism in the humanities, social sciences, natural sciences, and legal theory is no longer acceptable in a post-civil rights epoch—hence, the shift toward today’s ‘colorblindness.’ This trailblazing and courageous text exposes the ongoing illicit white advantage concealed beneath the pretense of racial neutrality.”—Charles W. Mills, author of Black Rights/White Wrongs: The Critique of Racial Liberalism


“Seeing Race Again offers astute cross-disciplinary analysis of the ideology of colorblindness as a mechanism for perpetuating white supremacy. It also provides a crucial analytical frame for countering it. Valuably recognizing the importance of its project to racial-justice efforts in broader society, Seeing Race Again takes an intellectually pioneering look at the role that the ‘knowledge-production’ industry plays in producing, as well as reproducing, racial hierarchy in academic disciplines as varied as law, history, sociology, psychology, education, and musicology.”— Kimberly West-Faulcon, Professor of Law and James P. Bradley Chair in Constitutional Law, Loyola Law School, Los Angeles

“Seeing Race Again is an unprecedented collection that examines the longstanding complicities between the American academy and the settler, colonial, and racialized society that it shaped and continues to advantage. With essays from leading lights in their fields, this anthology breaks new ground by revealing how the major disciplines of modern thought promote ‘race-blind’ and ‘post-racial’ methods and values that both advance and obscure past and present patterns of white supremacy, racial impoverishment, disenfranchisement, and the wholesale violations of life at the center of American society. In this moment of racial emergency when Muslim bans are repackaged by the law as mere ‘travel bans,’ Seeing Race Again explains not only how we got here as scholars and intellectuals but also how we might repurpose our disciplines for genuinely emancipatory ends.”— Chandan Reddy, author of Freedom with Violence: Race, Sexuality, and the U.S. State
Read More >

3 • Unmasking Colorblindness in the Law: Lessons from the Formation of Critical Race Theory
Kimberlé Williams Crenshaw

5 • On the Transportability, Malleability, and Longevity of Colorblindness: Reproducing White Supremacy in Brazil and South Africa
Marzia Milazzo

7 • The Possessive Investment in Classical Music: Confronting Legacies of White Supremacy in U.S. Schools and Departments of Music
Loren Kajikawa

12 • They (Color) Blinded Me with Science: Counteracting Coloniality of Knowledge in Hegemonic Psychology
Glenn Adams and Phia S. Salter

14 • Why Black Lives Matter in the Humanities
Felice Blake 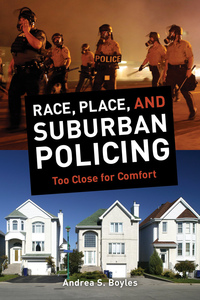