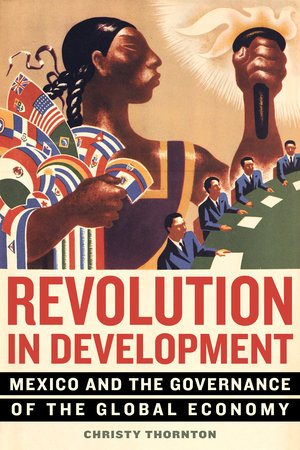 "In this book, Christy Thornton guides us through the era when Mexico was assuming an active role in struggles to change the institutional and economic world order per se as a way to advance its nationalist development agenda. She masterfully brings alive the actors and pains and gains of Mexico's quest to transform key multilateral institutions for a more just system and to remove constraints on its own development process. Academics, students, and policy makers, especially in Mexico, will benefit enormously from this splendidly written, extremely well-documented contribution to the knowledge of Mexican economic history, with an international political economy and institutional building perspective." ––Juan Carlos Moreno-Brid, coauthor of Development and Growth in the Mexican Economy: A Historical Perspective


"Many scholars have asked what difference the Mexican Revolution made, but those who have addressed this question typically have framed it in strictly domestic terms. Yet, as Christy Thornton brilliantly demonstrates in this pathbreaking study, Mexican revolutionary nationalism manifested itself at the international level, from World War I on, in startling and significant ways. Revolution in Development promises to radically revise our understanding of the formation of the international economic order and to enable us to appreciate the role that Mexico and its Latin American allies played in the global debates about economic development."––Barbara Weinstein, author of The Color of Modernity: São Paulo and the Making of Race and Nation in Brazil