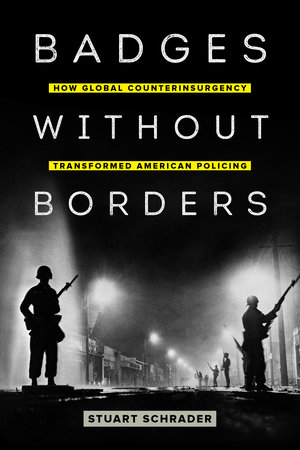 "Badges without Borders makes a groundbreaking contribution to the literature on the carceral state."—Law & Social Inquiry

"Schrader’s superb and finely written book shows beyond any doubt that US law enforcement deliberately policed its own citizens like the military did Cold War 'enemies' elsewhere. Deemed counterinsurgents in both contexts, Badges without Borders illustrates precisely how the military industrial complex and the prison industrial complex came together through law enforcement in an attempt to crush anti-racist and anti-colonial activists here and abroad. Everything from riot control to stop and frisk policing and the use of military-grade weapons in U.S. cities have their roots in national security policy. In this excellent work of history, the archives finally reveal just how right Baldwin was to call Harlem 'occupied territory.'"—Khalil Gibran Muhammad, author of The Condemnation of Blackness: Race, Crime, and the Making of Modern Urban America