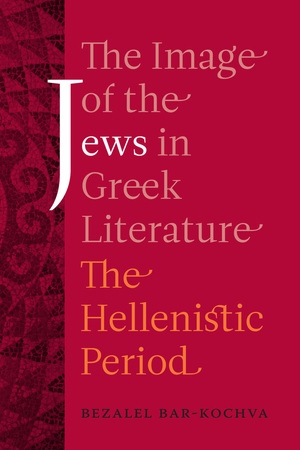 The Image of the Jews in Greek Literature The Hellenistic Period

This landmark contribution to ongoing debates about perceptions of the Jews in antiquity examines the attitudes of Greek writers of the Hellenistic period toward the Jewish people. Among the leading Greek intellectuals who devoted special attention to the Jews were Theophrastus (the successor of Aristotle), Hecataeus of Abdera (the father of "scientific" ethnography), and Apollonius Molon (probably the greatest rhetorician of the Hellenistic world). Bezalel Bar-Kochva examines the references of these writers and others to the Jews in light of their literary output and personal background; their religious, social, and political views; their literary and stylistic methods; ethnographic stereotypes current at the time; and more.

Bezalel Bar-Kochva is Jacob M. Alkow Professor of the History of the Jews in the Ancient World at Tel Aviv University, Israel, and the author of Pseudo Hecataeus "On the Jews": Legitimizing the Jewish Diaspora (UC Press), among other books.

“Surely the crown of [Bar-Kochva’s] career. . . . One cannot imagine this magisterial volume ever being, or needing to be, replaced. Bar Kochva’s study will be widely consulted and depended upon, it will be immensely helpful to a range of scholars with a variety of concerns, and we can expect it gradually to sharpen and modify our understanding and perceptions of the writers covered.”—The Henoch

“Gives innovative readings of almost all the texts it considers by casting a wide net to gather information about each author and passage. The result is invigorating and challenging.”—Bryn Mawr Classical Review (BMCR)

“A major reference work on an important aspect of ancient Judaism.”—International Review Of Biblical Stds

“Bar-Kochva . . . provides erudite reinterpretations of many of the texts, showing that Greek views of Jews in this period are a complicated issue.”—Mark W. Chavalas Near East Archaeological Society Bltn

“A brilliant and systematic analysis of twelve key documents' treatment of the Jews, this book does more than collect and arrange references to Judaism. It selects important intellectual authorities and subjects them to a rigorous examination, which places learning on a wholly new foundation. Bar-Kochva changes the face of the scholarship.”—Jacob Neusner, Institute of Advanced Theology, Bard College 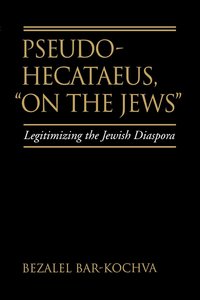 Pseudo Hecataeus, On the Jews